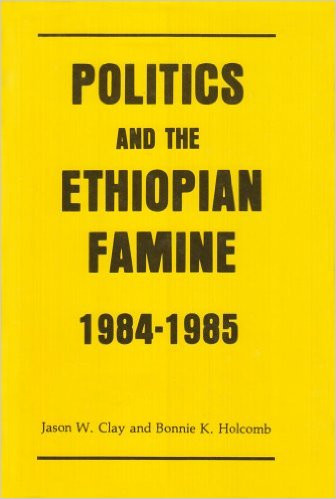 The report by Cultural Survival is the first independent investigation into the conditions of resettlement. . . . the stories--related by hundreds of people coming from the different regions and having escaped from different camps--are so similar that they cannot be dismissed.
-Colin Legume, The Christian Science Monitor, 5/6/85

"If even the most conservative estimates of the death rate are true, then 50,000 to 100,000 of those resettled in this massive program may already be dead." . . . According to the [Cultural Survival] report, resettlement often occurred in the process of fighting. . . . The army would surround a village, burn the crops, steal the animals and round people up.
-Robert Kaplan, The Wall Street Journal, 10/1/85

This report has been condemned by the Ethiopian government and, publicly, at least, by some aid agencies in Addis. . . . However, The Sunday Times has reviewed unpublished evidence from three international aid agencies, based on interviews carried out in Ethiopia, which strongly suggest that the Cultural Survival report is true.
-David Blundy, The Sunday Times,11/3/85

The thrust of the interviews is that peasants are rounded up and moved into resettlement areas against their will, that many were not in urgent need of famine relief before they left their native villages, that they were given minimal rations on their way to the southwest and when they arrived, and  that they had to work long hours clearing new land and building huts under military supervision, and as a result hundreds died.
These charges go much further than anything said by almost all the 47 voluntary relief agencies working in Ethiopia.
-Jonathan Steele, Manchester Guardian Weekly, 11/17/85

According to a Cultural Survival report, the deaths have largely been the result of disease brought about by wretched conditions in the resettlement areas to which some 500,000 peasants have been moved--often forcibly--during the past year. . . .Others have starved to death while being transported. . . . There are also accounts of people being beaten to death by militiamen for refusing to leave their villages or for attempting to flee the resettlement camps.
-Colin Nickerson, The Boston Globe, 12/5/85

Food provided by Western relief programs has been used as "bait" to lure villagers into the Ethiopian government's forced resettlement program. . . . "The government has become the major cause of death in the country. The provision of 'Humanitarian' assistance, with no questions asked, helps the Ethiopian government get away with murder."
-Lucinda Fleeson, The Philadelphia Inquirer, 3/23/85