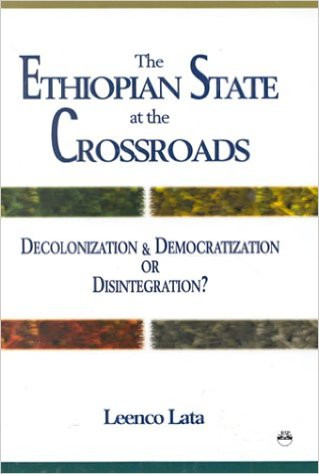 This work traces the evolution of the modern Ethiopian State and its consolidation under the last three successive regimes. Leenco Lata critically assesses the Transitional Period of the post-Dergue era between the July 1991 Conference, which ratified the Transitional Charter and the formation of the Transition Government of Ethiopia, and August 21, 1995, when the new Federal Constitution of Ethiopia was ratified. The author argues that the overthrow of the Dergue regime and the adoption of a democratic agenda in July 1991 was an important historical juncture that afforded Ethiopia the opportunity to make a clean break with her imperial and autocratic past. As the deputy Secretary General of the Oromo Liberation Front, one of the major organizations to participate in the July 1991 Conference, Leenco Lata was deeply involved in the task of drawing up Ethiopia's post-Dergue political structure and the arduous task of conceptualizing the undertaking to democratize Ethiopia and make it a viable operational state. This book is a detailed firsthand account of how "this latest opportunity to decolonize and democratize the Ethiopian State ended in a disappointing failure." Furthermore, the factors that favored or stood in the way of effecting a genuine transition to democracy are also catalogued and discussed. In particular, the US-led international community's influence, the key factor that could have kept the democratization process on track, is analyzed. In the final section, the author presents his recipe for change: The Ethiopian state must be further decentralized, decolonized and democratized if it is to escape the harrowing consequences of disintegration.

"This is a timely historical account of political events in the transitional period in Ethiopia from 1991 to 1995 by one who was deeply involved in conceptualizing the monumental undertaking to democratize the Ethiopian Empire State and perhaps create a democratic country and a better future for all its peoples. Unfortunately, that hope for a democratic future was shattered when the TPLF leaders aborted the democratization process of Ethiopia. Leenco Lata, the former deputy Secretary General of the Oromo Liberation Front, also gives voice to the aspirations for self-determination of the Oromo people, the majority national group within the Ethiopian Empire State. Clearly, this is an important book cogently presenting the options facing the Ethiopian State at the moment - the stark choice between Decolonization and democratization on the one hand and disintegration and disastrous consequences for all the peoples of Ethiopia on the other."

Prof. Mohammed Hassen, Author of The Oromo of Ethiopia (RSP, 1994)

Leenco Lata is a founding member of the Oromo Liberation Front (OLF) and has been serving in the Front's executive bodies from its inception. As the Deputy Secretary General of the OLF, he played a central role with the other leaders of OLF and TPLF/EPRDF in the drafting of the Transitional Period Charter of Ethiopia in July of 1991. Educated as a chemical engineer in America, Leenco Lata served the Ethiopian government in various technical capacities from 1972 to 1978 prior to joining the OLF.
CATEGORIES:
Politics/Current Affairs/Africa