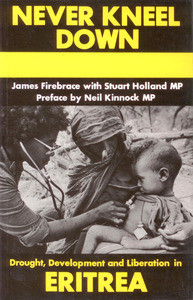 The war in Eritrea is in its twenty fourth year. Hundreds of thousands of people have been killed or disabled or have fled their homes. Over a third of the Enitrean population face starvation as the continuing conflict fuels a major famine. The Enitrean People's Liberation Front is not winning major victories, which may prove to be a turning point of the war. Meanwhile Ethiopia, one of the poorest nations of the world, spends oer a third of its budget maintaining and equipping its vast but increasingly demoralized army.