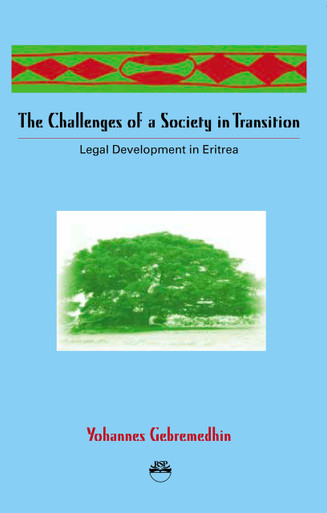 The Challenges of a society in Transition: Legal development in Eritrea is an analytical account of the role and development of law in societies undergoing transition from one political order to another. It focuses on the legal transitions that Eritrea experienced, tracing the path of legal development from the advent of European colonialism through the struggle for independence and sovereign nationhood. This analysis centers on the nature and extent of domestic and external factors involved in the process of legal development. The book advances a pragmatic perspective, arguing that the approach to legal reform in societies in transition, like Eritrea, ought to be practical and relevant to domestic circumstances.

Many postcolonial and other transitional societies have attempted to use law as a vehicle for social and economic reform. Foreign legal missionaries and development agencies collaborated in the reconstruction of preexisting laws. Often times, Western laws were transplanted or borrowed in pursuit of legal modernization. However, in many countries, the use of law as a tool of social and economic reform, without due regard to social, historical, institutional, and cultural context has been assessed as a failure. This lesson is crucial to Eritreas efforts on law development.

Recognizing the need for law reform in Eritrea, the book examines the practical and inevitable question of how to reform existing laws. This question canvasses both substantive and procedural issues. At a substantive level, the book argues that a successful law reform initiative presupposes a clear articulation of the role of law in society.

At a theoretical level, the book advances an argument that the validity of any theory of law development is determined not only by its relevance to the local circumstances, but also to the targeted particular domain of law.

ABOUT THE AUTHOR
YOHANNES GEBREMEDHIN has taught law at the University of Asmara and the University of Wisconsin, Law School. A one-time legal advisor for the Eritrean Relief and Refugee Commission, he has practiced law in Eritrea and acted as consultant to international organizations and governmental agencies on various legal issues including law reform, governance, human rights, land law, the Eritrean legal system, environmental law, and civil society. He has also worked as an attorney and legal advisor for a development bank in Ethiopia.