My Life, My Ethiopia by Mary Tadesse (HB) 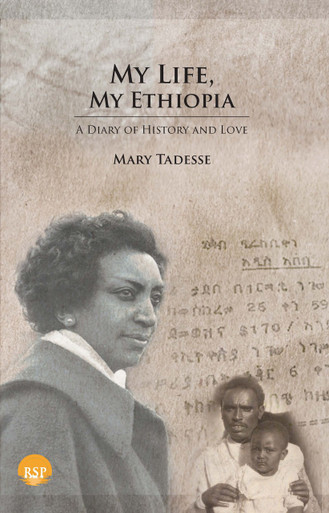 My Life, My Ethiopia by Mary Tadesse (HB)

Mary Tadesse was one of the highest-ranking women to serve in the government of Ethiopian Emperor Haile Selassie. Growing up in the 1930s and ’40s in a small but influential Catholic family, her idyllic and privileged world unraveled as tumultuous political events, including the Italian Occupation and later the Marxist revolution, tore her family apart. One of a few girls sent abroad to study, first to Egypt and later postwar England, she was among the first generation of Western-educated Ethiopians to join the civil service to help rebuild and develop their war-ravaged country. Through diary entries we witness Mary’s experiences and inner struggles, and learn how a woman, through fierce determination and faith, transcends traditional bounds of her gender. Eventually she is compelled to leave her country and embrace the life of an exile.

“In this fascinating diary-based memoir, Woizero Mary Tadesse gives us a privileged look into her life and that of her family. The narrative, spanning some eight decades, is of great historical value on many counts. It is a rare and intimate portrayal of the small but influential Catholic group of the 1930s. It was a life attended by many tribulations: the Fascist Italian invasion and subsequent occupation, when she lost her father during the Graziani Massacre; the 1974 Revolution, which led to the incarceration of her elder brother, the finance minister Mamo Tadesse, and other members of her family; and the no less unsettling change of regime in 1991. On the positive side, however, it is a story of remarkable achievement. She was one of the first female students to be educated abroad, in England to be precise, assuming leadership position in the student association. On her return, she progressively rose to become Vice Minister of Education. Outside government service, at the Economic Commission for Africa, she played a vital role in empowering African women.”

“A very interesting book on the personal and professional journey of a remarkable woman who was one of the very first woman civil servants appointed by the Emperor in the post war years. We track her early history with glimpses into traditional family life and rituals of the Ethiopian nobility, to cosmopolitan connections with Egypt, France, Italy, the US, the UN and other institutions and places where over the years the educated elite and later exiles found inspiration as well as refuge. As an educated woman, a patriot and a mother, the overriding questions are always how to navigate loyalty to family, loyalty to country and reconciling contested policies and government challenges. Above all it is a testament to the importance of friendships and networks to survival in places where perpetual governance volatility and regime changes create threats and hazards ranging from the mundane to the profound and where the smallest of accomplishments can come at some great risk and cost.”

“Mary Tadesse’s autobiography weaves together the personal, the professional, and the political bringing to life and providing rare insights into the multiple dramatic events spanning much of the twentieth century in Ethiopia. This candid account, which draws on the diaries Mary kept over decades, starts with her family’s Catholic background and childhood during the Italian occupation, brought to a head through the trauma of her father’s killing during reprisals for the attempt to assassinate Graziani. Mary goes on to describe her formative and challenging experiences going to school in Cairo and then studies in England at the LSE, revealing her intense sense of duty and purpose and her involvement in the incipient movement of Ethiopian students in the U.K. Much of the book is devoted to recounting her two careers, first in government service rising to the rank of vice-minister under the Imperial regime as it began to crumble, followed by the upheavals of the Derg period with all its family traumas intimately described during which Mary began her second career working for the UN on women in Africa. The last part of this compelling account vividly portrays her family’s transition and coming to terms with life in the U.S. and personal and inter-generational changes. This sincere and moving story of personal resilience in the face of adversity is an important contribution to understanding the tumultuous changes in Ethiopia through the eyes of a professional woman who succeeded to balance her career and family life under challenging conditions.”

Mary Tadesse is an Ethiopian author and former international civil servant with extensive experience in the fields of education, culture, and the advancement of African women. She spent more than 17 years in Emperor Haile Selassie’s government, where she attained the rank of vice minister for education and cultural affairs. She later served as chief of the African Training and Research Centre for Women at the UN Economic Commission for Africa in Ethiopia. She is the coauthor of African Women and Development: A History.