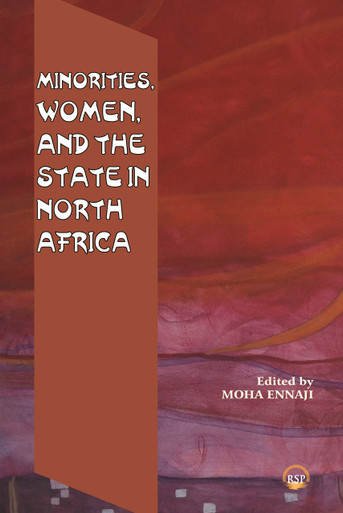 This book, which is a collection of articles from prominent scholars, aims to unravel the problems and injustices suffered by minorities and women in North Africa. It focuses on the strategies adopted in each country to integrate their populations and to respect cultural diversity. The book equally discusses the role played by the state and civil society organizations on the ground to combat discrimination and totalitarianism. It examines in depth the interconnection of gender, nation, state, citizenship, and language.

Following the 2011 revolutions, minorities and women across North Africa have faced increasing risks to their lives.  The remarkable changes taking place across the region as the result of the Arab Spring continues to significantly affect the social order.  While increasing hopes for democratization, the impact of the Arab spring has produced, perhaps, the most dangerous period since the end of the Cold War.  Its specific impact on both minorities and women is astounding.

The book emphasizes the close links between democratization, human rights, cultural diversity and rights of minorities and women in North African states.  Minorities and women’s rights are addressed in connection with their impact on democracy as political and cultural practice.  The book offers a pioneering theoretical and empirical approach to the study of minorities and women in North Africa in the post-revolutionary uprisings or awakening, especially as it relates ethnicity and women’s rights. The book argues that women and minority rights should be protected in order to promote equality. Societies need to become more inclusive than they are currently in respect of group rights.

ABOUT THE AUTHOR
MOHA ENNAJI is a prominent Moroccan academic with research interests in culture and society, migration, gender issues, and language. He is co-founder and president of the International Institute for Languages and Cultures at Fès, Morocco. He has numerous publications on linguistics, cultural studies, migration, education, and women’s studies.