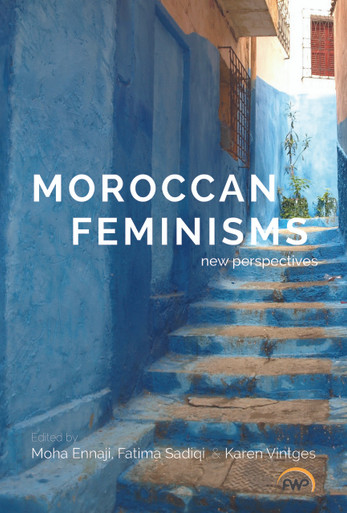 Recent legal and institutional reforms in Morocco, particularly the amended constitution of 2011, which guarantees gender equality and women’s political participation, along with the reform of the Family Code in 2004, have significantly impacted democracy and the modernization process in Moroccan society.

Unlike Libya and Egypt, Morocco did not experience a revolution.  Yet, it did not escape  the tumult of the so-called Arab spring. Thousands of protesters took to the streets in a dozen of cities led by the February 20  Movement, which demanded the end of corruption and the right to social justice and gender equity. Women were strongly represented in these protests for democracy; they came from different ethnic and political backgrounds and marched alongside the men, demanding social and political change.

The post Arab Spring government has committed to implement the new constitution through women’s increased political participation.  As a result, more women joined parliament through the quota system for women and youth. The 2011 constitution reserved ten per cent of seats for women and ten percent for youth, in the hope of encouraging their political participation and their representation in parliament and government.

Despite the positive changes in Morocco and the growing emancipation of women in all domains, there are still hurdles that hinder their emancipation and participation in public life, such as illiteracy, unemployment, poverty, lack of education and professional training, insufficient resources, difficult access to loans, and weak representation in decision and policy-making.

Women’s organizations today play a major role in sensitizing women, families, and social actors as to the importance of integrating women in economic, social, and cultural development. Further steps in favor of protecting women’s rights are badly needed to ensure their strong contribution to sustainable development.

ABOUT THE EDITORS
MOHA ENNAJI is professor of linguistics and cultural studies at Fez University. His most recent publications are: Minorities, Women and the State in North Africa (Red Sea Press, 2015), Muslim Moroccan Migrants in Europe (Palgrave, 2014), Multiculturalism and Democracy in North Africa (Routledge, 2014).

FATIMA SADIQI is Professor of linguistics and gender studies. She has written extensively on Moroccan languages and Moroccan women’s issues. She is the author of Women, Gender, and Language in Morocco (Brill, 2003), acclaimed by many critics as the first book on feminist linguistics in the Arab-Islamic world. Her Harvard Fellowship allowed her to start her new book Berber Women’s Religious Expressions.

KAREN VINTGES is a Senior Lecturer in Social and Political Philosophy in the Department of Philosophy at the University of Amsterdam. She has published Philosophy as Passion: The Thinking of Simone de Beauvoir and many other important works on Feminisms.