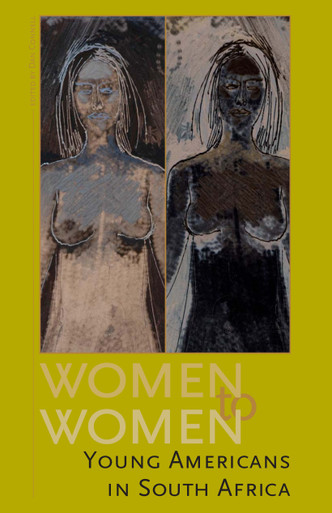 "Women to Women" represents a remarkable conversation among South African and American women about race, class and gender and the challenge of building an egalitarian nation out of the remnants of one of the most unequal societies in the worldapartheid-era South Africa. The journalistic format reflects a commitment to expand access to as wide an audience as possible, itself a democratic impulse. And to open a window onto the complex process of change itselfat once both social and deeply personal, as well as intensely political.

These stories bring to life the spirited debates among activists and academics, radicals and reformists, politicians and media practitioners, artists and musicians, and many othersmostly but not only womenover how to transform this newly democratized society toward greater economic and social justice. And how to live in it now. They also showcase the wit, style and skill of young American women from diverse social backgrounds whose own engagement with these issues provides a critical subtext.

"Women to Women" shines a light on the complexities of daily life in the new South Africawomen who change the world by day but must don their aprons and serve their families once at home, women who lose everything but find the will to rebuild their lives, homes and communitiesone brick at a timeand women who channel their considerable pain and anger into new music, art and poetry that both reflect and refract this drama even as they alter it.