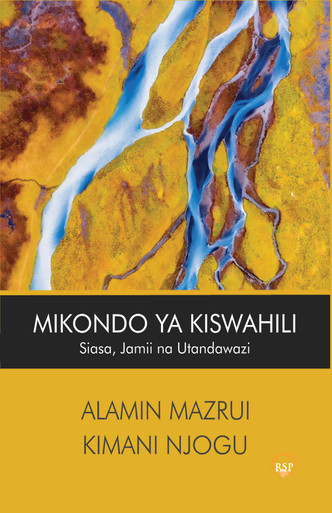 The book, Mikondo ya Kiswahili: Siasa, Jamii na Utandawazi (Trajectories in Swahili: Politics, Society, and Globalization) is an exploration of trends--within the context of politics, society and globalization - of this most widely spoken African language. It is divided into two parts. Part I examines linguistic choices about the language - including translation and standardization--and the effects these have had in society. The colonial language hierarchies which minimized the status of Swahili vis-à-vis English, the authors argue undermined its pace of growth as a language of intellectual pursuits and constitutionalism. This first part of the book also discusses emerging variants of the language in Kenya.  Part II discusses how Swahili is playing out within the East African Community as a lingua franca and as a key language of Pan-Africanism with its endorsement as a Working Language of the African Union.  The book also revisits the arguments by historian Kumi Attobrah about Afrihili – an African language he created by incorporating the grammar and lexical items from African languages. The last Chapter delves into the presence of Swahili in the United States of America and how it intersects with the Black Power Movement, the Cold War, and African Studies. The book has annexes of key position statements including The Asmara Declaration on African Languages and Literatures of 2000, which has now been made available in Swahili.

Alamin Mazrui is Professor of sociolinguistics, literature, and cultural studies in the Department of African, Middle Eastern, and South Asian Literatures at Rutgers University. He holds a Ph.D. in linguistics from Stanford University, California, with specialization in the political sociology of language.

Kimani Njogu is Founder and Director of Twaweza Communications, Nairobi, and former Professor of Kiswahili and African languages at Kenyatta University. He holds a Ph.D. in linguistics from Yale University, New Haven.