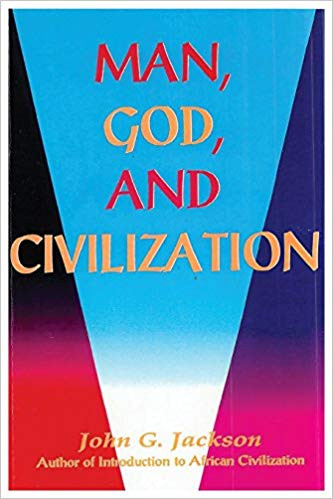 “Nearly all the so-called world histories and histories of civilization, so popular in contemporary academic circles, are based mainly on what is known as European civilization,” says John G. Jackson, “ this species f parochialism gives a false picture of human history; and few student become aware of the fact that European Civilization, speaking historically, is a product of the recent past, and that European culture was not indigenous, but was derived from other civilizations of Africa and Asia.”

Man, God and Civilization is a fascinating primer in geology, archaeology, biology and sociology, as well as a sophisticated anthropological study. To every Student of man’s nature and history, it offers a wealth of controversial, provocative material derived from authoritative sources and solid scholarship.