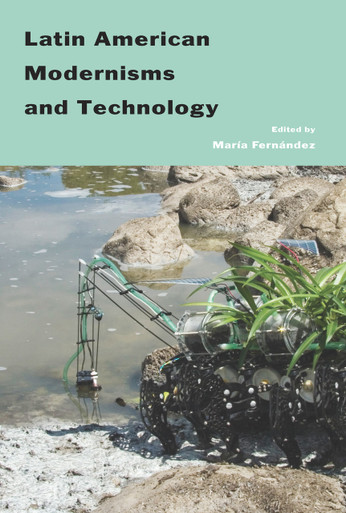 This collection of essays documents the creative involvement of Latin American artists and intellectuals with modern technologies (mechanical, electronic, digital, and imaginary) from the nineteenth-century to the present. Acknowledging the extensiveness of the histories of both modern technologies and modernism, the essays cover a diversity of media, technologies, and conceptual aspects of techno-culture that Latin American artists and intellectuals have engaged with to depict individual and collective visions of sociocultural progress. These visualizations always had the potential to affect the development of visual culture regionally and internationally. To study these works in relation to the existing histories of art and media arts can lead scholars to rethink notions of artistic innovation and to generate new chronologies and theories for these histories.

The contributors to this volume examine works of literature, art, and design from a variety of perspectives including art, art history, literary criticism, and media studies. The collection provides what could be thought of as building blocks of information to construct and integrate with future histories of modernisms, art, and media.

We seek to stimulate new ways of thinking about histories of art and media art that challenge the conceptual separation of “developed” and “underdeveloped” countries that perpetuates the marginalization of the Global South from modernity.

ABOUT THE EDITOR
MARIA FERNANDEZ is Associate Professor of Art History and Visual Studies at Cornell University. Her research interests include the history and theory of digital art, postcolonial and gender studies, Latin American art and architecture and the intersections of these fields. She is the author of Cosmopolitanism in Mexican Visual Culture (Texas University Press 2014) for which she was awarded the Arvey Prize by the Association for Latin American Art in 2015.

ICM Book Series: Published in Association with Africa World Press, this series will include a series of books culled from ICM conferences, translations of critical texts previously unavailable in English, and critical interventions on contemporary debates. The Institute for Comparative Modernities (ICM) is a research initiative housed at Cornell University.