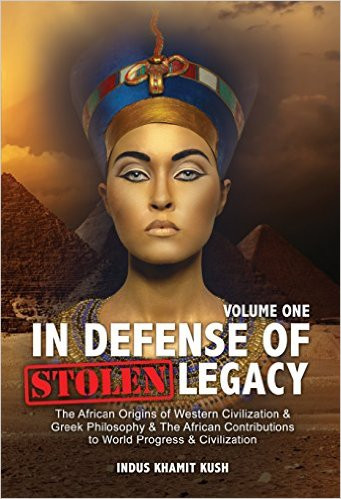 Professor G.M. James' Stolen Legacy delivers the death blow to the largely unchallenged claim of Greek, and by extension White, preeminence in history and debunks the myth of white supremacy based of ancient Greece's intellectual superiority over all others, including ancient Egypt. This noteworthy author and historian of renown wrote, The knowledge that the African Continent gave civilization the arts and Sciences, Religion and Philosophy is destined to produce a change in the mentality both of the White and Black people. To cite this outstanding academician: the Greeks stole the Legacy of the African continent and called it their own. And, as has already been pointed out, the result of this dishonesty has been the creation of an enormous world opinion; that the African continent has made no contribution to civilization, because her people are backward and low in intelligence and culture. James attempts to correct that misconception and much more.