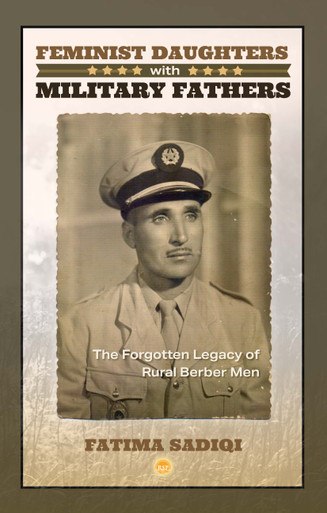 This book is a tribute to the memory of my father Mouhamd ou Lahcen (around 1919-2005), a rural, illiterate, self-made Berber man who served in the French army before joining the Moroccan army after independence in 1956. In addition to my and my family’s recollections, I interviewed twenty-five Moroccan women of my generation whose fathers were in the military and who are now feminist leaders in various fields. In so doing I seek to both honor the memory of my father and his generation of military rural Berber men, and draw attention to the forgotten role of these men in opening the door of education to the second generation of Moroccan feminists. Marginalized in both the colonial and Moroccan narratives, as well as in the Moroccan feminist discourses, the legacy of these men deserves recognition in the social history of modern Morocco.

Fatima Sadiqi is a Moroccan academic and author of several volumes, including Women, Gender and Language (Brill 2003), Women and Knowledge in the Mediterranean (Routledge 2013), Moroccan Feminist Discourses (Palgrave Macmillan 2014), and Women’s Movements in the Post-“Arab Spring” North Africa (2016). Her work has been supported by numerous awards and fellowships from Harvard University, The Woodrow Wilson Center, the Rockefeller Foundation, Fulbright, and currently by the ZIF Center for Interdisciplinary Research (Bielefeld University, Germany).