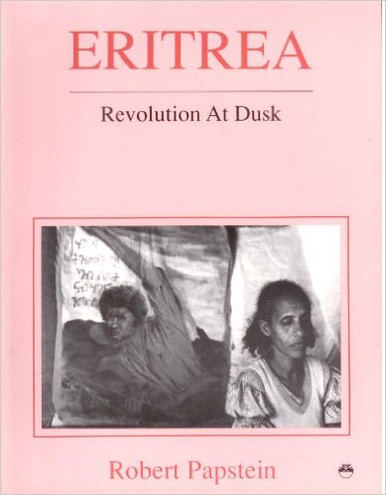 "On May 25 1991, after thirty years of military struggle, the fighters of the Eritrean People's Liberation Front (EPLF) smashed through the lines of a demoralized Ethiopian army and occupied the Eritrean capital of Asmara, bringing to an end a generation of Ethiopian colonialism and Africa's longest and most costly war.

Five years ago, when this book was started, famie and war raged in Eritrea and even though the EPLF's military success were already remarkable, I have always left Eritrea with a mixture of optimism and sadness. Optimism because of the indomitable Eritrean will to achieve their independence; sadness because, alone, they faced a massive Ethiopian army supported by the superpower military resources of the Soviet Union..."

Robert Papstein is a photo journalist who has traveled extensively in Africa. This is a collection of his photographs of Eritrea before liberation. Papstein teaches at Free University in Amsterdam, Holland