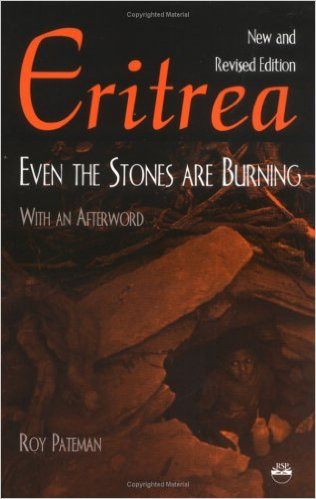 Some political analysts believe that Eritrea, a former Italian colony on the Red Sea in the Horn of Africa, may soon raise its own flag after a bitter, three-decades old war with Ethiopia. "A rebel offensive in the Ethiopian province of Eritrea holds the prospect of creating a new country in Africa," the Boston Globe editorializes. "More importantly, it holds the hope of providing permanent relief to the Eritrean people who have suffered repeatedly from the combined impact of drought and war."

In ERITREA: Even The Stones are Burning, Professor Roy Pateman of the UNiversity of California at Los Angeles traces the Eritreans' response to the Ethiopian occupation of their land and the origins of the war. He provides a survey of Eritrean history, with a special inside look at the military and other developments in the last two decades. Pateman examines the impact of U.S. foreign policy on the region and the people, the political ideologies of the Independence movement, the tragic famine which has taken tens of thousands of lives and the vision of the liberation fighters for a post-independence society.