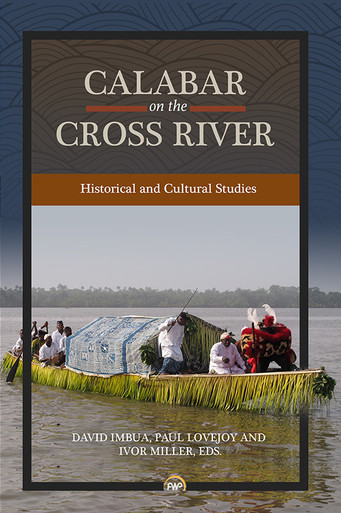 From about the middle of the seventeenth century, Calabar emerged as a vibrant entrepôt where Europeans traded with coastal merchants to purchase enslaved people and raw materials destined for the Americas and Europe. Referred to as "Old Calabar" in the historical sources, this busy port was located on the eastern side of the Calabar River at the confluence with the Cross River and was the center of a vast network of international trade extending to the Grassfields region of Cameroon and to the Benue River valley directly north. The essays in this volume examine different periods of Calabar history, with reference to the early merchant accounts of local customs, twentieth-century reports of colonial historians and anthropologists, and late twentieth-century analysis by a new wave of Nigerian, Cameroonian and many international scholars. The wide breadth of these studies shows the historical importance of this small city in the Atlantic world, despite its relative loss of much of its economic and political centrality today.

“In terms of coverage and diversity of themes, this volume is perhaps the most important work on the historic region we have come to know as the Bight of Biafra; an intellectual cocktail of historical, anthropological, economic, social, political, gender, and migration studies.”
--Raphael Chijioke Njoku – Idaho State University

“A valuable collection that explores a town that played a prominent role in Atlantic trade. In deepening our understanding of the African experience in the complex transformative role of trade on African societies, the volume presents a wonderful African perspective on Atlantic studies.”
--Carolyn Brown, Rutgers University

ABOUT THE EDITORS
DAVID L. IMBUA lectures at the Department of History and International Studies at the University of Calabar. He is author of Intercourse and Crosscurrents in the Atlantic World: Calabar-British Experience, 17th-20th Centuries (2012), which won the Lapai star prize for outstanding Historical Text in International History (2015).

PAUL E. LOVEJOY is Distinguished Research Professor at York University and held the Canada Research Chair in African Diaspora History from 2000-2015. He has published over 30 books, including Jihad in West Africa during the Age of Revolutions (2016) and Slavery, Memory, Citizenship (2016), co-edited with Vanessa Oliveira.

IVOR L. MILLER is Senior Lecturer at the Bassey Andah Institute for African and Asian Studies, University of Calabar. He is the author of Voice of the Leopard: African Secret Societies and Cuba (2014), and Aerosol Kingdom: Subway Painters of New York City (2012).