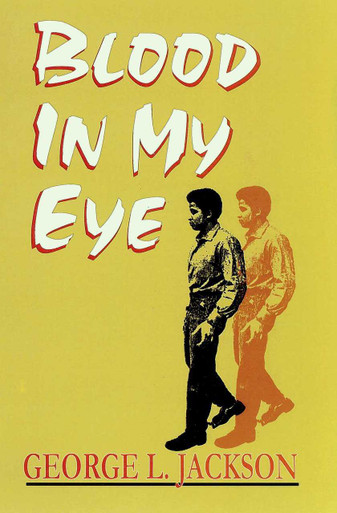 Blood In My Eye captures the spirit of George Jackson's legendary resistance to unbridled oppression and racism. His unique and incisively critical perspective becomes the unifying thread that ties together this collection of letters and essays in which he presents his analysis of armed struggle, class war, fascism, communism, and a wide array of other topics.

Blood In My Eye was completed only days before its author was killed. George Jackson died on August 21, 1971 at the hands of San Quentin prison guards during an alleged escape attempt. At Age eighteen George Jackson was convicted of stealing seventy dollars from a gas station and was sentenced to one year to life. He was to spend the rest of his life- eleven years- in the California prison system, seven of them in solitary confinement. In prison he read widely and transformed himself into an activist and political theoretician who defined himself as a revolutionary. As a revolutionary he found meaning ni his daily prison existence. And it was in that context that he came to terms with the death of his younger brother Jonathan- killed while attempting to free three Black prisoners from custody at a California courthouse.

Jackson's first book, Soledad Brother: The Prison Writings of George Jackson, published in 1970, earned him the respect and admiration of progressive people around the world. But even before that book, Jackson was a legendary figure inside the California prison system, known to all as an uncompromising individual. A fellow prisoner described him as "a very beautiful example of what a Black man should be."

In a letter to Angela Davis, Jackson wrote, "If my enemies, your enemies, prove stronger [than us,] at least I want them to know that they made one righteous African man extremely angry." On another occasion he wrote, "They'll never count me among the broken men." As Blood In My Eye affirms, George Jackson remained unbroken.