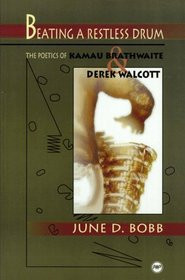 June Bobb explores the different ways the Anglophone Caribbean's most important poets engage in rewriting history and re-conceiving a visionary world in which it becomes possible to reconnect the fragments of a past destroyed or denied by the Caribbean's confrontation with the institutions of slavery and colonization. In exploring common links as well as differences between Braithwaite and Walcott, and looking at their engagement with mythology of the Caribbean's African experience, the author of this study identifies their contribution to the development of modern Caribbean poetics. Making a contribution to several areas of historical and literary scholarship, the author identifies a specifically Caribbean tradition out of which the poets have emerged. She also explains the historical origins of the fragmented Caribbean psyche, and demonstrates how both poets return to African cultural and ritual sources, utilizing their transformative power in order to create an identity grounded in historical reality.

This is distinguished from previous studies in that it is the first study to focus exclusively on the theory and practice of Kamau Braithewaite and Dereck Walcott and explore their contributions to Caribbean aesthetics against the Caribbean's background of slavery, colonization and their contemporary manifestations. Early poets and their pioneering work in the development of Caribbean aesthetics are considered in this analysis, as is the vernacular tradition out of which poets emerged. It departs from the presentation of Caribbean poetry as a scream of militant rebellion or a cry of assimilation into a "superior cultural world, while exploring the poets' rejection of Western notions of history and their redefinition of self and world. By grounding this study in the cultural and historical roots of the Caribbean, Bobb demonstrates how Braithewaite and Walcott respond to the psychical and physical landscapes of the region in order to create a poetics of historical and contemporary identity.

ABOUT THE AUTHOR
JUNE D. BOBB is assistant professor in the Department of English and director of the Africana Studies Program at Queens College of the City University of New York.