AFROBEAT! Fela and the Imagined Continent, by Sola Olorunyomi, HARDCOVER 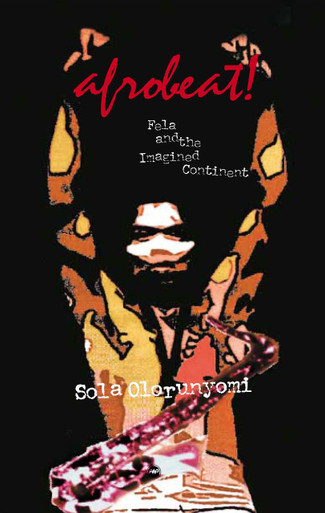 AFROBEAT! Fela and the Imagined Continent, by Sola Olorunyomi, HARDCOVER

In the seventies, as signs of decay began to show in the capitalist experiment of the newly independent African countries, a bard of the misrule emerged on the streets of Lagos. Often shirtless and armed with his trademark saxophone, Fela Anikulapo Kuti tore his way into popular culture with Afrobeat music. Blending ethno-traditional forms with the reigning highlife and jazz rhythms, Afrobeat drew lyrics from the flip side of neo-colonial society and Fela's London and American experience in the sixties.

In the two decades that followed, Fela ruled the nights from Afrika Shrine, his signature night club, and the days from the turntables of the restless city dwellers along the Atlantic coastline. Felas Afrobeat became a dynamic mode of expression in the social history of post-independent West Africa and generated a counterculture that bonded through music, drugs, resistance politicsand ultimately, the nascence of an Afrocentric contemporary global culture.

"In Sola Olorunyomis book, a popular artist and a counter-hegemonic activist of the hardest grain meets his most engagingly, cerebral interpreter.

"This is a patient, thoughtful and critical guide into the labyrinths of the production of Afrobeat as musical practice and cultural politics."

"This reflective account of the life and work of one of Africa's most visible creative geniuses is, like its subject, a genuine original itself."

ABOUT THE AUTHOR
SOLA OLORUNYOMI, a writer and fine artist, teaches Folklore studies and African literature in the English Department of University of Ibadan, Nigeria. The author has published extensively on his research in West Africa, the Caribbean, and Nicaraguawhere he worked in the literacy and harvest volunteer project while also doubling as a freelance reporter behind Sandinista lines during the Contra offensive of the mid-1980s.