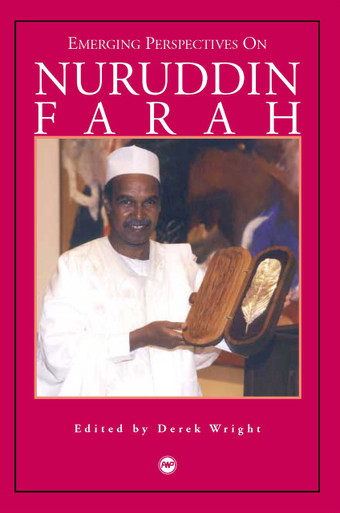 This is the first critical anthology on the Somali novelist Nuruddin Farah, winner of the 1998 Neustadt International Prize for Literature. Farah is one of Africas most multilingual and multiliterate writers. In exile from his country since 1974, he has wandered through the worlds cultures, literatures, and ideas.

Although his writing is a meeting place of international influences, it remains firmly rooted in the African continent which he has made his base since 1981. Devoted almost exclusively to the twenty-two year dictatorship of Siyad Barre, Farahs fiction explores the origins and aftermath of Barres rule in Somalia, its weird confection of Marxism, Islam and tribalism, and its servants and victims. His complex portrait of dictatorship is a locus for contradictory currents and shifting paradoxes, in which many voices clamor to be heard and from which it is difficult to draw any absolute judgements. Patriarchy, the Somali family, Islam, the oral tradition, and Pan-Somali nationalism are all double-edged swords, presented in alternative lights and from different perspectives.

Underlying Farahs skeptical multivocal vision and open-ended narrative mode is a spirit of democratic pluralism and tolerance and of intellectual debate and inquiry. His writing reveals a deeply discriminating, non-partisan commitment to human freedom and autonomy that resists tyranny in all its formspolitical, religious or domestic.

This anthology features the works of scholars from Africa, Australia, Europe, and North America, bringing together some of the many readings that Farahs voices have evoked. In its variety and complexity of responses, the volume pays tribute to Farahs versatility as a writer and to the multidimensionality of his work. Its subjects are diverse, ranging from the authors feminist and sociopolitical ideas, his vision of family and state, and concepts of time and history to his use of allegory and symbolism, his literary influences, and his relation to the oral tradition and postmodernism.

ABOUT THE EDITOR
DEREK WRIGHT has taught in Africa, Britain, and Australia, most recently at the University of Queensland. He is the author of many articles on African and world literatures and has published ten books including Ayi Kwei Armahs Africa: The Sources of His Fiction, Wole Soyinka Revisited, The Novels of Nuruddin Farah, and New Directions in African Fiction.