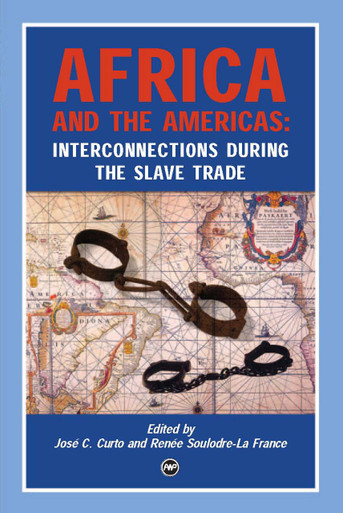 Africa and the Americas is a collection of recent scholarly essays reflecting an important structural feature of the Trans Atlantic Slave Trade. That is its circular nature, departing from Africa, coming to America, and then returning to Africa. Thus the volume is divided into three parts.

Starting off, David Eltis, Stephen Behrandt and David Richardson, analyze the slave trade along its national lines and determine that the Portuguese were critically important in the carrying of slaves. They thereby set the context for the next several chapters that deal with questions of ethnic identity, religion and creolization, but specifically within Brazil. These include Alpers discussion of Mozambiques as an ethnic group, Nicolaus analysis of Candomble and its African roots in Vodun, Elizabeth Kiddys comparison of various Lay Religious Brotherhoods of Blacks, Dale Gradens investigation of the relationship between African responses to the end of the Transatlantic slave trade and abolitionist initiatives in Bahia, and João J. Reis study of urban labor in Bahia prior to abolition. From this initial section the collection then moves into other areas of the Americas providing comparative essays by Landers who focuses on the material traditions of various maroon settlements in Spanish America and Brazil, Schuler who analyzes deliverance narratives drawn from the Caribbean to fit these into the framework of a world view shaped by the slave voyage and African beliefs, and Reys discussion of root experiences in Africa which directly affected the nature of religious beliefs and resistance to slavery in Saint-Domingue.

Completing the loop, the third section brings us back to Africa with Soumonnis comparative analysis of Afro-Brazilian communities in Ouidah and Lagos, and Capelas study of the Brazilian impact on Mozambique politics and ideology, with special reference to the slave trade. Finally Kriger provides a conclusion with her discussion of the challenges facing historians studying culture in the Atlantic world.

ABOUT THE EDITORS
JOSÉ C. CURTO is an assistant professor of history at York University, Toronto, Canada. He is a member of the Harriet Tubman Research Centre on the African Diaspora, York University, and a specialist on the alcohol-slave trades and slavery in Angola. He co-edited, with Paul E. Lovejoy, Enslaving Connections: Changing Cultures of Africa and Brazil during the Era of Slavery (2004).

RENÉE SOULODRE-LA FRANCE is an assistant professor at King's University College at the University of Western Ontario, Canada. She has been coordinator of Research at the York University/UNESCO/SSHRC Nigerian Hinterland Project. The focus of her research is on enslaved Africans in eighteenth-century New Granada (Colombia). Her publications include Caravali Ethnicity in Colonial New Granada, in Paul E. Lovejoy and David Trotman eds. Trans-Atlantic Dimensions of Ethnicity in the African Diaspora (2003).