A BLACK FIRE! Eulogy For My Father Imamu Amiri Baraka, by Ras Baraka 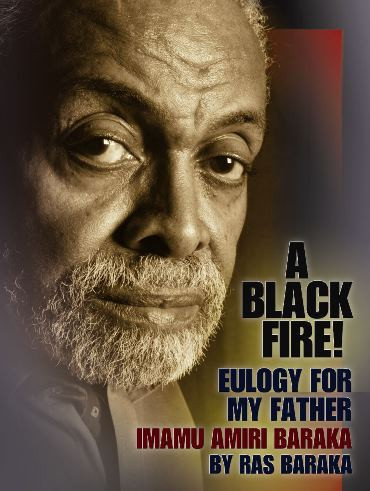 A BLACK FIRE! Eulogy For My Father Imamu Amiri Baraka, by Ras Baraka

A Black Fire! was written and delivered by Ras Baraka at the "home going celebration" for his father, Amiri Baraka, on January 18, 2014. The eulogy closed the four-hour service which was attended by more than 3,000 celebrants and hosted by actor and activist, Danny Glover.

Ras Baraka delivered the rhapsodizing eulogy in the tradition of his father, who was an extraordinary master of the praise form. Amiri Baraka delivered eulogies honoring the famous and well-known, such as James Baldwin and John Coltrane. He also honored lesser known individuals, including friends and relatives. One of Amiri's more moving eulogies was delivered for his daughter, Shani, who was tragically killed in 2003.