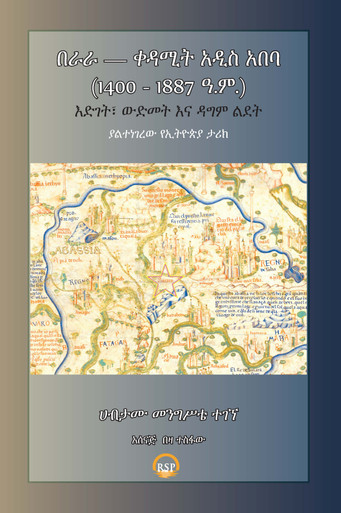 This book explores the development, destruction, and re-establishment of Ethiopia’s lost medieval capital of Bärara, whose enormous significance has scarcely been touched upon by modern historians. By exploring and revealing the city’s importance as a major ecclesiastical and political capital, the book challenges traditional historiography that until now undermined the significance of medieval Ethiopian urban culture. While Bärara is far from unknown to scholars, only this book historicizes the city by situating its role within the much larger political and cultural contexts of Ethiopian and world history, contesting the assumption that the Ethiopian middle ages featured unsophisticated roving capitals that functioned as such only while local or regional rulers were in residence. While the book’s central focus is Bärara, it is broadly conceived as an ambitious reinterpretation of Ethiopian history during the medieval and early modern periods. The book uses the city’s development, destruction, rediscovery and refoundation as a lens through which to view larger developments in Ethiopian history—notably the political and cultural regeneration of the early Solomonic era (1270-1529), Ahmad Ibrahim’s (1529-1543) short-term empire and its long-term consequences, and the Ethiopian reconquests and reconstructions of the sixteenth and seventeenth centuries which extended into the end of the nineteenth century. By reading modern Addis Ababa as Bärara reborn, the book argues that the medieval history of Bärara was a crucial factor in founding Ethiopia’s modern capital, as well as motivating military campaigns of Emperor Menilek II (r. 1889-1913) to eastern, southern, and western Ethiopia. The detailed research in this book shows that the significance of Bärara in medieval Ethiopia was a greatly neglected topic that could potentially shed new and revealing light on recurring themes of Ethiopian history. The book will add depth and a new layer of meaning to the very contentious political debate concerning contemporary Addis Ababa.

Habtamu Tegegne holds a doctoral degree in history from the University of Illinois at Urbana Champaign. He is currently Assistant Professor of History at Rutgers University at Newark. He has published articles and review in such periodicals as the Journal of African History, The Medieval Globe, African Studies Review, History in Africa, and Afriques: Débats, méthodes et terrains d’histoire.