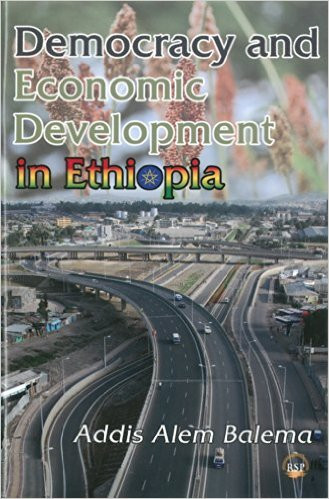 As a co-agent for Ethiopia during the hearings of the Ethiopia-Eritrea Boundary Commission and an Ambassador/Permanent Representative of Ethiopia to the United Nations, Geneva, at the time, I find Dr. Addis Alem Balema's work comprehensive and a useful analysis of the background and issues involved in the case. I believe Dr. Balema has done a good job in clarifying the case, in particular to those who may not be familiar with the proceedings of the Commission. It is to be hoped that it will help in the normalization of relations between the two countries which remains the ultimate aspiration of the two brotherly peoples_ a sentiment clearly expressed in Dr. Balema s work. Ambassador Fisseha Yimer Special Advisor to the Minister of Foreign Affairs of the Federal Democratic Republic of Ethiopia Addis Alem Balema addresses the question of how the Federal Democratic Republic of Ethiopia has embarked on the joint pursuit of promoting democratic rule and advancing development, especially the daunting challenge of defeating dire destitution. Whether or not democracy and development are rival or mutually supportive ideals is a widely contested issue in theory and practice alike. Addis Alem Balema shows how Ethiopia s peculiar circumstances compelled a simultaneous commitment to the quest for political and economic emancipation. He offers a critical case study on whether or not there is reason to give precedence to either political or material freedom. As a concise, comprehensive examination of the present Ethiopian government, this book is a worthy successor to Perham s and Markakis s work on imperial rule. Andreas Esheté, Advisor to the Prime Minister, UNESCO Chair for Peace, Human Rights and Democracy, Addis Ababa University and Former President, Addis Ababa University The transition in Ethiopia, since the end of military rule in May 1991, has evoked a great deal of interest and conflicting reactions from local and external sources. As a result, there have been several works on the subject. Yet, very few of them seemed to have succeeded to give a full account of the socio- economic and political transformation taking place in one of the most ancient states in the African continent. Dr. Addis Alem Balema s work is one of such few works that faithfully documented and independently analyzed the recent Ethiopian developments from an interdisciplinary perspective. It deserves to be used as a reliable source towards comprehending the recent transitions in Ethiopia, as well as the rest of Africa. Muhammad Habib, Former Vice President and Director of Institute of Federal Studies, and currently Assistant Professor of Law of Addis Ababa University.

For anyone interested in the recent economic and political development of Ethiopia since the Mengistu-regime backed by the Soviet Union was overthrown in 1991 (including the war with Eritrea [1998-2000] and the current situation), this book is a clear must read. But the question guiding the study is indeed much broader. The author asks how can the amazing rapid economic development in a poor country such as Ethiopia, with its long and independent history and culture, be reconciled with democracy, taking into account the African context under the existing global conditions after the end of the Cold War. Addis Alem Balema was closely involved in the policy formulation and implementation process of the reforms from the very beginning of the work of the new leadership in Ethiopia under Meles. This makes his analysis very detailed, complemented by his rich experience as ambassador of his country for a number of years to China and previously to Italy. His access to important documentation for such a study is quite rare and his insights are not only privileged in this regard, they are also probing and thoughtful.