SOME KINDS OF CHILDHOOD: Images of History and Resistance in Zimbabwean Literature, by Robert Muponde 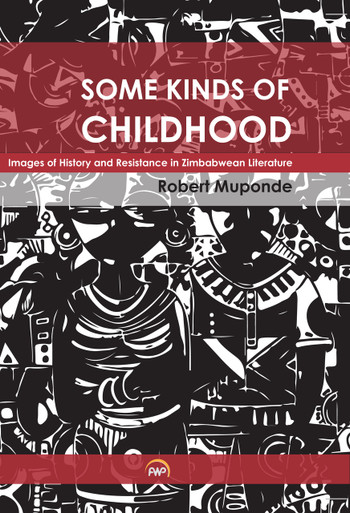 SOME KINDS OF CHILDHOOD: Images of History and Resistance in Zimbabwean Literature, by Robert Muponde

Some Kinds of Childhood: Images of History and Resistance in Zimbabwean Literature explores the ways in which childhood is constructed and represented in a wide range of black Zimbabwean novels and short stories written in English from 1972 to 2013. In particular, it considers how representations of childhood bear upon questions of history, politics and resistance. By drawing on a range of global theories on childhood, the argument is advanced that, instead of merely seeing childhood in romantic or idyllic terms, it is possible to appreciate it as a contested terrain, one in which the larger tensions and conflicts of the society manifest themselves.

Childhood is accorded by Zimbabwean writers represented in this book a central role in social, political, and cultural concerns by being depicted not only as a matter of focalization and characterization, but a tool for the construction of a wide range of culturally and historically specific sets of ideas and philosophies. They include, inter alia, the ways in which childhood is constructed as a powerful sentimental mythology of a culture’s “original beauty”; the political trope of children of resistance; the uses of girlhoods as counter-memory; the innovative deployment of dystopian childhoods as counter-strategy; and the emerging postnational moment as postchildhood.

“A long overdue unprecedented book that represents a crystallization of childhoods in Zimbabwean fiction and life coming from a writer gifted with poetic deftness and an incisive critical mind. Muponde takes on one of the most pertinent but too-often overlooked issue of childhoods as depicted in Zimbabwe literature and African fi ction in general.”

“This is easily the most compelling and comprehensive book on the representation of childhood in Zimbabwean literature in the last four decades. Cogently argued with a rare theoretical nuance, the book radically revises the staple grammar of reading childhood narratives in African literature. It is indispensable in understanding the complex nexus of childhood, history and resistance in African and postcolonial literatures.”

-James Ogude, Professor and Deputy Director at the Centre for the
Advancement of Scholarship, University of Pretoria