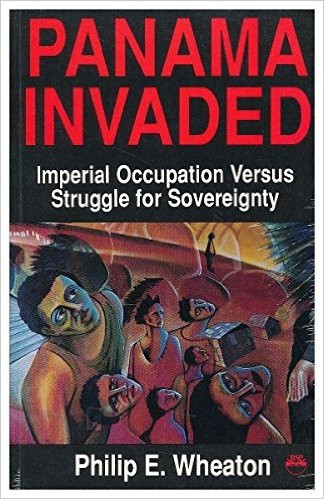 Panama Invaded is a timely book for two reasons. First, it clarifies the fact that Manuel Noriega was not the reason for the invasion on December 20, 1989 but merely the excuse. The Bush administration placed into the colonial presidency three men far more involved int eh drug dealings that Noriega. Second, this book underscores the four main reasons for the U.S. invasion: military control of the Canal Zone; to eliminate Japanese financial power in Panama; and test the new U.S. weapons related tot eh "total war" model employed in the Persian Gulf. Panama Invaded is historically relevant and its affirmation of Panamanian resistance to U.S. colonial domination has been more than borne out by subsequent events. The U.S. invasion was not "just cause" but a cause celebre that should be condemned.

"Some day, history will write about these men (military who defended Panama) and their names will be known as heroes. These men were not fighting for Noriega. They were fighting for their country/" -Rafael Olivardia

"As long as strong nations can act with impunity, hundreds of international treaties lose their value. The struggle for respect for the Torrijos-Carter treaties and sovereignty continues today in Panama." -Commission for the Defense of Human Rights in Central America (CODEHUCA)

ABOUT THE AUTHOR
PHILIP E. WHEATON is an Episcopal priest with thirty-five years experience in Central American and Caribbean affairs. He has followed events in Panama closely since 1975 and visited Panama just before and after the invasion gathering information. He is the author of several other publications including Panama: Sovereignty for a Land Divided (which he co-authored with Diane de Graffenried) and Empire and the World.