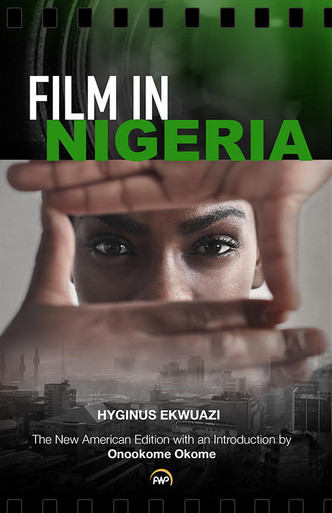 Film in Nigeria is an exceptional work on the scholarship of film in Nigeria and the Nigerian film. It is a pioneering in more ways than one. It was Film in Nigeria that opened up this new area of scholarship in the study of visual culture in Nigeria. Each of the ten chapters sizes up the different context of film production in Nigeria, and they cohere to provide rare information on the making of the Nigerian cinema since the colonial times. The value of this work lies in its establishment of a dynamic groundwork for the analysis and appreciation of the contexts in which films are produced and consumed in Nigeria, and in particular the Nigerian film. There is hardly any book on the subject with the rare insights of this book.

Film in Nigeria will surely find its place in courses on African Film Studies, Mass Communications, Theatre Art Studies, Popular Culture, Policy Studies and to those interested or involved in film appreciation and production in Nigeria.
****************
… the most ambitious so far on the discourse of film in Nigeria.
—The Guardian.

Ekwuazi’s Film in Nigeria is “a big bang on the table of our popular culture.”
—West African Magazine

ABOUT THE AUTHOR
HYGINUS EKWUAZI attended the University of Ibadan, Temple University, Philadelphia, and, on an exchange program, the University of Pennsylvania, Philadelphia, USA. He teaches Media Arts (Broadcasting and Film) at the Department of Theatre Arts, University of Ibadan, Nigeria. His other works include a play: Morning Yet on Judgement Day (1986: Evans Brothers Nig. Ltd), a novel: The Great Attempt, adapted from Ugboma’s film of the same title (1990: Mackay, Nig. Ltd., Ibadan) and Creating the Screen Image: Visual Composition for Television and Film (1991: Kraft Books, Lagos). He was at the managing Director of the Nigerian Film Corporation (NFC), consultant to UNESCO, founding Director, National Film Institute, Jos; Consultant: Project Act-Nollywood; and Lead Trainer, World Bank/GEM Rapid Skills Training for Nollywood.

Onookome Okome studied at the University of Ibadan, Nigeria, and is currently Professor of Anglophone African Literature and Cinema at the University of Alberta, Canada. His recent publications include Global Nollywood: An African Video Film Industry (with Matthias Krings, Indiana University Press, 2013), and Popular Culture in Africa: The Episteme of Everyday Life (with Stephanie Newell, Routledge, New York, 2014). "Islam et Cinema en Afrique de l'ouest" (Tresor de Islam en Afrique. Paris: Silvania Editoriale, 2017) is his most recent essay. He is a Humboldt Scholar and a Fellow of the Salzburg Seminar. He is frequently described as one of the pioneer of Nollywood Studies. He helped set up the Nollywood Studies Center at the Pan Atlantic University, Igbeju Lekki and Kwara State University, Malete, Kwara State.