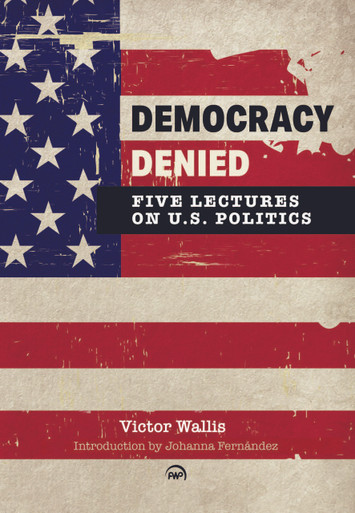 The United States, among advanced countries, has the greatest inequality, the highest poverty rate, the highest portion of its population imprisoned, the highest proportion without adequate healthcare, the most severe obstacles to universal suffrage, and the most extreme official disdain for the threat of ecological disaster. This book, originating as a lecture series, presents a historically grounded perspective on these traits, including chapters on “American exceptionalism,” on U.S. imperialism, on the trajectory of African-descended people in the United States, on efforts to develop a socialist alternative to the dominant institutions, and on the current configuration of U.S. politics. The presentation is concise yet rich in illustrative examples. Basic institutions and processes are introduced in such a way as to be understandable to readers without prior knowledge of the subject matter. The book will be useful for study groups and as a supplement to college texts.

“Regardless of where you reside, Democracy Denied can help a new generation of people of conscience learn the contours of power and politics in America.”

—From the Introduction, by Johanna Fernández

Victor Wallis is a professor in the Liberal Arts department at the Berklee College of Music. He was for twenty years the managing editor of Socialism and Democracy. He is the author of Red-Green Revolution: The Politics and Technology of Ecosocialism (2018) and of many articles on topics related to environmentalism, social justice, and radical politics. His activism dates from the 1960s and encompasses issues ranging from U.S. foreign intervention to prisoners’ rights.