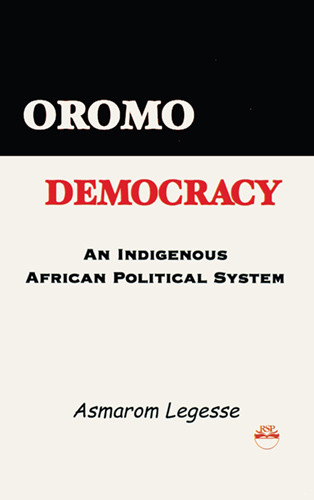 This book reveals the many creative solutions an African society found for problems that people encounter when they try to establish a democratic system of governing their affairs. In much of what has been written about Africa, the common image is that of people governed by primitive customs and practices, in which only feudal roles of elders, kings, chiefs, sultans, and emirs have been acknowledged by Western observers. Little is ever shown of indigenous African democratic systems, under which there is distribution of authority and responsibility across various strata of society, and where warriors are subordinated to deliberative assemblies, customary laws are revised periodically by a national convention, and elected leaders are limited to a single eight-year terms of office and subjected to public review in the middle of their term. All these ideals and more are enshrined in the five-century old constitution of the Oromo of Ethiopia, which is the subject matter of this book.

In this book, Legesse brings into sharp focus the "polycephalous" or multi-headed system of government of the Oromo, which is based on clearly defined division of labor and checks and balances between different institutions. Revealing the inherent dynamism and sophistication of this indigenous African political system, Legasse also shows in clear and lucid language that the system has had a long and distinguished history, during which the institutions changed by deliberate legislation, and evolved and adapted with time.

ABOUT THE AUTHOR
ASMAROM LEGESSE is an anthropologist, Ph.D. Harvard, Emeritus Professor, formerly of Boston and Northwestern Universities and Swarthmore College. He has conducted many years of field research among the Oromo of Ethiopia and Kenya. He is the author of "Gada: Three Approaches to the Study of African Society" (1973) of which a revised edition is forthcoming from the Red Sea Press.