A SOUTH AFRICAN LOOKS AT THE AFRICAN DIASPORA: Essays and Interviews, by Ntongela Masilela (HARDCOVER) 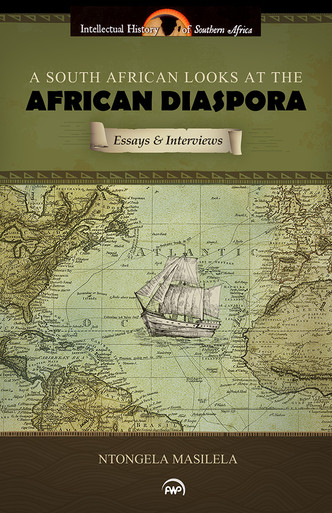 A SOUTH AFRICAN LOOKS AT THE AFRICAN DIASPORA: Essays and Interviews, by Ntongela Masilela (HARDCOVER)

A large number of essays and interviews anthologized in this book were written and conducted during the tragic moment of South African history which was prophetically and rightfully designated by the late Nadine Gordimer as the “Interregnum Period” (“Living in the Interregnum,” 1983).  This anthology embodies this designation rather than the of “Exile Period” because it privileges neither the ideas of “Home” nor those of “Exile”.  Instead, it attempts to establish a dialectical unity between the two constructs or concepts in the spirit in the equally prophetic book of essays, Home and Exile (1965) by the late Lewis Nkosi. The “Interregnum Period” is circumscribed by two historic dates:  The Sharpeville Massacre of 1960 and the election of Nelson Mandela as President of South Africa in 1994.

Although born in Kliptown, Soweto, the author of this anthology is known as one of the “Children of Exile”. He left the country when he was a teenager and lived his life outside of South Africa.  Masilela spent the “Interregnum Period” in Los Angeles, Nairobi, Lodz, West Berlin and back in the Los Angeles. Hence the anthology is more about “Exile” than of “Home.

Many of these essays were written in West Berlin in the 1980s, before the world historic date of 1989. They were researched in the underground cellars of the John F. Kennedy Library of Free University whose archival materials on African Americans were remarkable, inspiring and revelatory. Others were written in Los Angeles in subsequent years, specifically at the Research Library of the University of California in Los Angeles. The availability of the rich source material in these two world cities is reflected in the nature of the book. However, the real historic reason for this concentration on African Americans was the profound influence of New Negro modernity in United States on New African modernity in South Africa from the late nineteenth century to the mid twentieth century. Even for a ten-year old boy in Soweto in the late 1950s, this influence was evident.  In fact, it was the inescapable influence of the Harlem Renaissance of the 1920s that marked the Sophiatown Renaissance of the 1950s.

The real reason for the essays’ predominant engagement with contextual situation of African Americans was influenced by the cultural efflorescence which occurred in United States between the 1960s and the 1980s. Henry Louis Gates has postulated this historical moment as a “Second Renaissance” in which Black High Theory and African American women writing were in the forefront. However, the political posture of the essays and interviews was determined by the Cuban Revolution which Frantz Fanon in The Wretched of the Earth (1961) demanded that Third World intellectuals must support in opposition to American imperialism. That Ernesto “Che” Guevara fought in the mid-1960s in Congo before departing for Bolivia speaks for itself. Fanon called on African intellectuals to shift their intellectual gaze from Europe to Latin American. In 1967, this author, while still in High School in Kenya, shifted his gaze immediately from Jean-Paul Sartre's The Search for a Method (1965) to Alejo "Carpenier's, The Kingdom of this World (1949). This book engages itself with these historical demands and political necessities.