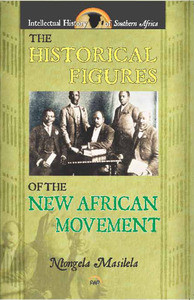 The New African Movement which stretched over a century from about 1862 (Tiyo Soga) to 1960 (Ezekiel Mphahlele) consisted of writers, political and religious leaders, artists, teachers, scientists who called themselves New Africans, specifically New African intellectuals, to distinguish themselves from the Old Africans since they were engaged with creating knowledge of modernity (new ideas, new perspectives, new objectives, new formulations) rather than consolation and satisfaction in the old ways of traditional societies.

It was Pixley ka Isaka Seme (1880-1951) who invented the idea and concept of the New African Movement with his great manifesto of 1906 (“Regeneration of Africa”, Journal of African Society, vol. 5, 1905-1906, pp. 404-408) which pronounced the historical necessity of creating and forging of a complex “New African modernity” whose central nature would be liberation and decolonization by challenging, contesting and decentralizing the hegemonic form of “European modernity” that was occupying the cultural geography and the social topography of the territory that was four years later to be known as the Union of South Africa.

—Ezekiel Mphahlele (1919-2008), author of Down Second Avenue, The African Image, Voices in the Whirlwind and Other Essays, and other books.

[A] Masterpiece and great research.