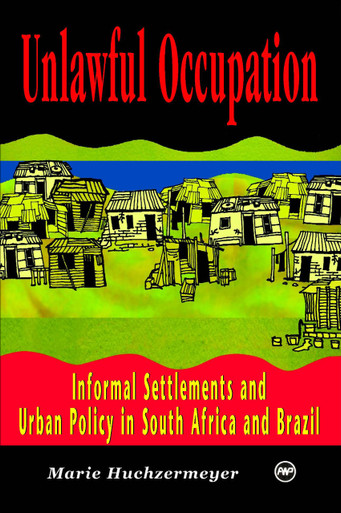 In the past few years, the issue of land invasions and the appropriateness of governmental responses to landlessness have often been at the forefront of international attention in the Southern African region. The Zimbabwe land crisis and concerns about its sub-continental impacts have taken center stage. In South Africa, local and international human rights awareness has risen following the Grootboom judgment. This book confronts the highly charged questions of exclusion and unlawful occupation and deals rigorously with the appropriateness of informal settlement responses in South Africa. It does so through a comparison with Brazil.

"The Brazilian experience presented in this book makes a compelling and provocative case for exploring an approach in South Africa that is more responsive and progressive, a people-managed process with political dimensions. It fundamentally calls into question the validity of market-driven arguments that support the current framework and challenges its people-centered rhetoric. This book is itself likely to stir up policy debate on the informal settlement intervention question, the absence of which it identifies as a fundamental constraint to challenging the current approach. It makes an eloquent and compelling case for a paradigm shift."

ABOUT THE AUTHOR
MARIE HUCHZEMEYER is a senior lecturer and coordinator of the Postgraduate Housing Programme at the University of the Witwatersrand in Johannesburg, South Africa.