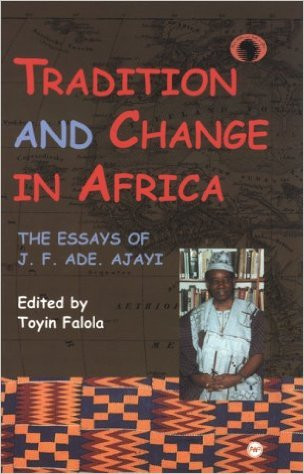 This book brings together a selection of the leading essays of J. F. Ade. Ajai, writeen over a forty-year period, 1958-1998, many of them hitherto unpublished.

Dr. Ajayi, emeritus professor of History, University of Ibadan, Nigeria, is a pioneer Africanist, known worldwide for his contribution tothe development of African studies and Nigerian history. He was vice-chancellor of the Unviersity of Lagos, and received his country's highest honor, the Nigerian National Merit Award. Now 70 years old, he currently serves as a member of the Group of Eminent Persons established by the Organization of African Unity.

The essays in the volume evolve around the following themes:

-The relevance of the past in understanding the present
-The relevance of 19th-century mission history to contemporary issues
-Colonialism
-The national question as viewed from a hsitorical perspecitve
-The development and legacy of slavery in Africa
-Review of nationalist historiography.

"These wide-ranging essays illuminate the underlying cause of political instability in Nigeria and elsewhere in Africa. They constitute an appeal to reason for racial justice and purposeful amelioration of the painful legacies of slavery and colonial rule." --Richard Sklar, University of California, Los Angeles

ABOUT THE EDITOR
Toyin Falola is a professor of History at the University at the Unviesity of Texas at Austin. In 1999 he served as the Gwendolen Carter Distinguished Professor of Smith College. He is the editor of the Journal of African Economic History, as well as the University of Rochester's Studies in African History and the Diaspora. A leading Africanist, he has many published books to his credit. His Yoruba Gurus, and Yoruba Warlords are both forthcoming from Africa world Press.