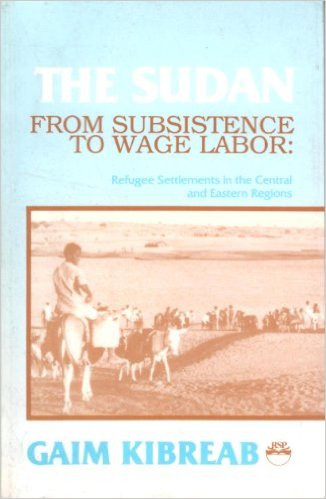 This in-depth study by one of the world's foremost experts on refugees and refugee resettlement is a look at the problems and prospects of assisting refugees through the establishment of wage-earning settlements. Gaim Kibreab analyzes the wage-earning settlements of eastern and central Sudan, where thousands of people from neighboring countries have sought asylum. The study takes into account, among other factors, the impact of the Sudanese economy on the settlements and the ability of the settlements to render the refugees self-reliant. This case study is a valuable resource for all those investigating strategies for easing the suffering of Africa's refugees.