FROM ALLY TO ENEMY: The Soviet Union and the Horn of Africa, A Failed Intervention By Gaim Kibreab (HB) 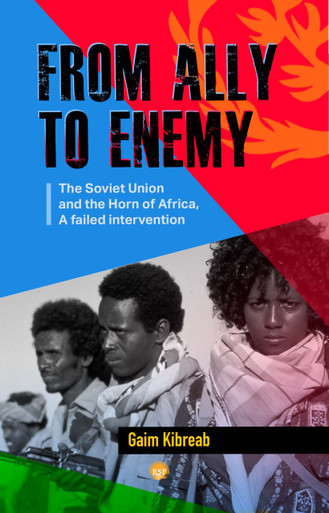 FROM ALLY TO ENEMY: The Soviet Union and the Horn of Africa, A Failed Intervention By Gaim Kibreab (HB)

In Moscow’s ill-fated involvement with Mengistu’s regime, the strategic goals of a superpower was defeated by a concatenation of factors. This book has shown how those factors caused the grand design for a Pax Sovietica in the region to founder on a combination of hubris and poor judgement. The attitude of the Soviet Union towards the Eritrean liberation movements, and indeed the twists and turns in its support of the Derg regime, reflects the flawed thinking behind its rush to link states in the region into a confederation under Soviet tutelage.  Almost half a century after the ignominious end to the Soviet Union’s plans for Pax Sovietica in the Horn of Africa and the Red Sea, there are now signs that Moscow is returning to the region.

Dr. Gaim Kibreab, by sifting meticulously through previously unseen material in the former East German archives, has uncovered a wealth of new information. The book reveals the secret meetings Isaias Afwerki held with the Communists in Berlin and his misrepresentation of his talks to the Eritrean people. It will be essential reading for anyone interested in the history of the Horn of Africa in this critical period.

Gaim Kebreab draws from archives of the former Eastern Germany and Soviet Union to fill a lacuna in our understanding of Cold War rivalry and global intervention in Eritrea. In this masterfully narrated history, one gains a much-needed insight into why groups who unabashedly espouse the same ideology were engaged in a zero-sum game. This is in line with the author’s previous works that have consistently put a high premium on critical reflections.

Gaim Kibreab is Research Professor and Course Director of the MSc Refugee Studies at London South Bank University, School of Law and Social Sciences in the Department of Social Science.  He has published widely on forced migration (refugees, development-induced displacement, internally displaced persons, and environmentally-induced population displacement), development and governance in post-conflict societies.