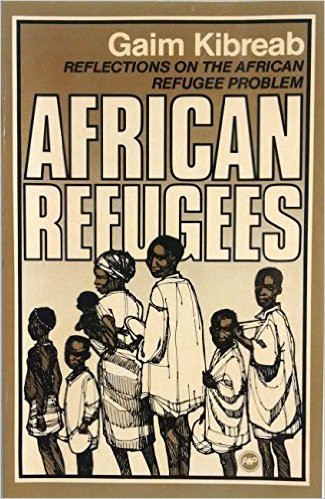 There are over 10 million refugees in the World, and over half of these are Africans. In the last few years the politics of war and famine in Africa have intensified the abudant growth of refugees in Africa. Political persecution, drought and economic deprivation brought about by poor government planning and management have forced increased numbers of African producers to seek refuge in neighboring lands.

The politics of war and starvation in Ethiopia is a clear example of the conditions that produce an abudance of refugees. An estimated 1000 to 1500 people a day, mainly Eritreans and Tigreans, are at present fleeing the Northern regions of the country to the Sudan.

What are the long term effects of the inflow of refugees on the host country? How do international agencies and host governments handle and care for them? How does the local population relate to refugees, and what is the impact of the latter on the economic and social life of their host communities?

Gaim Kibreab is a researcher in the Economic History Department at the University of Uppsala. He is presently conducting a socio-economic and agricultural study of organized settlements for Eritrean refugees in the Eastern Sudan.