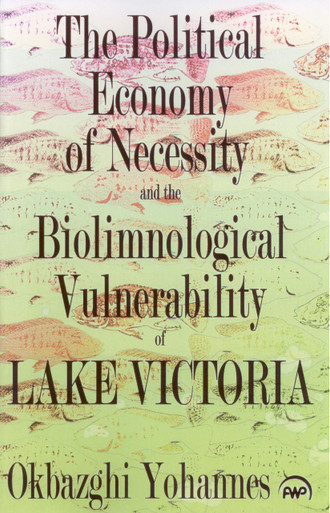 Using a transdisciplinary approach informed by the laws of thermodynamics and evolutionary biology,this book offersa comprehensive account of the multiple stressors that have cumulatively induced thestate transition of Lake Victoria. The book exploreshow the anti-ecological and antihuman aspects ofappropriation of aquatic natural resources as integral to global capitalist production have induced the hydroecological disintegration of the lake, accompanied by mass extinction of important fish species and the consequent destitution of lakeshore communities. The bookilluminates howthe commodification and globalization of Lake Victoria’s aquatic resourceshave led to the hydroecologicaldegradation of the lakeand the massemisseration of fishery-dependent communities. In no small measure, this ecological disaster is due to thedeliberate human biomanipulation of aquatic species by activities such as the introduction of predatory species, population pressure, governments’ decisions to generate hard currency, and the rising living standards of the domestic elites coupled with rising international demand for the highly prized Nile perch.

The book is dedicatedto addressing the importantissuethat the hydroecological integrity of Lake Victoria and the welfare of lakeshore communities will not be safeguarded under the inherent nature of capitalism to externalize costs to the environment and poverty to society while internalizing the benefits to the exploiters, a situation which is contextualized by the lower status of the littoral states in the global division of labor.

The book illuminates the ways that the natural overcrowding of fishers around Lake Victoria is compounded by destitute rural people migrating to lakeshores following terrestrial degradation in their biosocial region and thus end up themselves becoming fishers, competing with the “native” communities for the same resources. The book also shows how the increasing congregation of people around Lake Victoria is occurring in the context of an evolving social order in which the primary driver is the logic of capitalist accumulation. Like the biosocial logic of the necessity of survival on the part of the broad masses, the logic of accumulation requires for its continuous expansion the uninterrupted flow of natural resources, in this case the continuous harvesting of fish. This takes place in the context of the continuous injection of capital into the fishery sector in the form of modern gear, technologically efficient fishing boats, and modern fishing nets. Because the necessity of survival and the logic of accumulation interactively move in tandem, the impact on the lacustrine ecology and human welfare are cumulatively far-reaching. The book illustrates that lacustrine depletion, aquatic species extinction, and ecological degradation are the unavoidable results of the interaction between the two aforementioned logics and points to the necessity ofchanging the drivers of both logics simultaneously.

Okbazghi Yohannes is Professor of International Studies at the University of Louisville in Louisville, Kentucky.  He teaches courses in African and Middle Eastern politics, international political economy, and international relations.  He has written numerous books and articles on the regional politics of the Nile River, Eritrea, Egypt, and American Foreign Policy in the Horn of Africa.