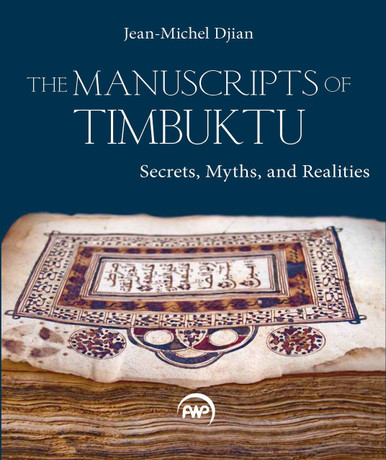 From the 15th century till today, Timbuktu has been coveted for its commercial, cultural, and religious importance. But what do we really know about the City of 333 saints? Who knew that more than 300,000 manuscripts dating from the 13th to the 17th century are housed in its libraries? Who knew that its manuscripts provide evidence of one of the greatest epochs in the history of political, legal, and medical scholarship?

What is this forgotten civilization that is so powerfully described in the manuscripts of Timbuktu?

With the help of a number of eminent historians, Jean-Michel Djian conducts an extensive investigation of one Africa’s most beautiful and mysterious treasures. He has exhumed and selected a number of rare manuscripts for our consideration. For the most part, these manuscripts have been preserved in old trunks handed down from generation to generation. These documents provide irrefutable evidence of an authentic writing tradition in Africa, which directly contradicts the false assumptions of the West. Not only has there been a long history of writing in Africa, the manuscripts of Timbuktu call into question many of the West’s most basic views about world history.

Jean-Michel Djian, a journalist, a producer at France Culture, and editor-in-chief of the journal France Culture Papiers, founded the Master’s Degree in “International Artistic Cooperation” at the University of Paris VIII, and he initiated the Open University of Five Continents at Timbuktu. Most notably, Djian is the author of two biographies: one on Léopold Sédar Senghor (Gallimard, 2005) and the other on Ahmadou Kourouma (Le Seuil, 2010).