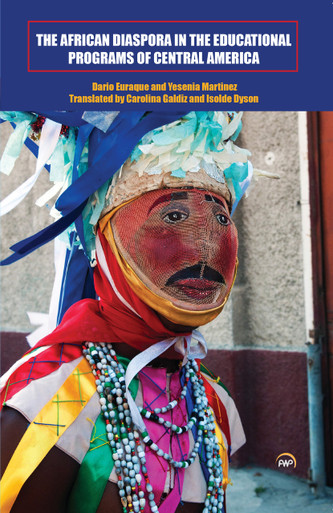 During the last ten years, the historiography of Central America has registered new contributions to the study of colonialism, and the presence and ethno history of Africans in this region. This has been especially the case in Costa Rica and Panama, followed by Honduras, Nicaragua, Guatemala, and lastly El Salvador. Some of the most interesting studies have articulated their arguments and problematics with questions and debates associated with the literature on the African Diaspora in the Americas in general and with the older traditions of studying slavery in the region, including comparative perspectives with the U.S. and the Island Caribbean, particularly the Spanish speaking areas. This book addresses the following questions: To what extent has the new research and publications in the historiography of the African Diaspora in Central America affected the ways that the school curriculums present the history of the afro-descendant populations in the countries of the region with colonial nexus to the Island Caribbean?

"This book examines how the African heritage of Central America is taught in primary and secondary schools in the countries of Honduras, Guatemala, El Salvador, Nicaragua, Costa Rica and Panama. While it is usually understood that people of African descent arrived in this region from the islands of the Caribbean at the end of the nineteenth century to work on the construction of the Panama Canal, railroads and banana plantations, it is seldom understood that the migration is far older, dating to the original settlement of Europeans in the region in the sixteenth century. Obviously, students need to learn the complete history, not just a portion, and they need to understand that this multicultural background and its complex impact on contemporary Central America has an enduring legacy. The study of school curricula and text books demonstrates that the reforms that are being introduced in the region are barely beginning to have an influence on the shaping of society for a post-racialized era. The history of Central America shows the long and intimate interaction of people of African descent in the genesis of the modern world."
-- Paul E. Lovejoy, Distinguished Research Professor, Department of History, York University

YESENIA MARTINEZ is Professor of History at the National Autonomous University of Honduras, where she earned a Bachelor’s degree in history in 2002. She received her Master’s degree in Central American history from the University of Costa Rica in 2013. She has published articles in many journals in Central America, and lectured widely in the region. Between 2006 and 2009 she served as the Director of Historical Research at the Honduran Institute of Anthropology and History. She recently published, La Seguridad Social en Honduras: actores sociopoliticos, institucionalidad y raices historicas de su crisis (Editorial Guaymuras, 2015).