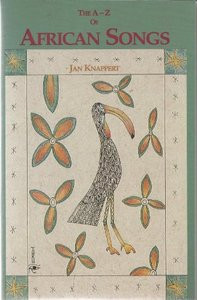 One tradition in Africa is the spontaneous song, for example, three people are walking somewhere in the savannah. One of them feels moved by the spirit and sings; the others begin to clap and perhaps even dance while they are traveling through the immense veld. They invent a refrain that its the song. Someone hits a hollow object with a stick, making a perfect percussion accompaniment. The first singer thinks of a second stanza, then a third, telling perhaps about a love affair. The sun is shining. the weaver birds are chirping. The turtle dove is cooing in the acacia tree. Even though this song, and others like it, is sung spontaneously, it also has a history. It is that context, the details of when and where the song was composed, by whom and for whom, or against whom, that give it meaning. Side by side with the ordinary meaning, every language has its own symbolic meanings for a number of poetic words. The metamorphoric use of a word is normally traditional, but it can be spontaneous, improvised, and its true meaning concealed (for it may offend).

It is amazing how well songs of three thousand years ago from ancient Egypt fit in with the songs of contemporary Africa... All these songs, ancient and modern, have a strong personal touch, they are expressions of sensitive souls, of human beings who are full of life, and true to life.