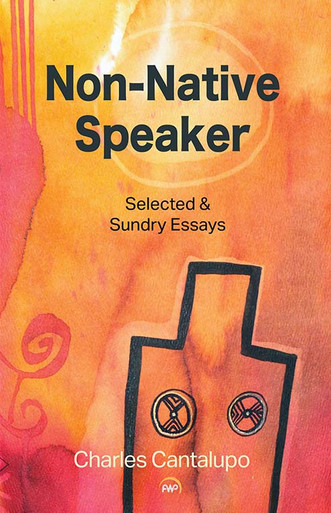 Non-Native Speaker – Selected and Sundry Essays includes writing by Charles Cantalupo spanning roughly twenty-five years.  Chronologically, it begins in 1993 with the first time he interviews Ngũgĩ wa Thiong’o and ends in 2016, when Cantalupo last interviews him.  In between, the decades reveal Cantalupo as a writer moving from a primarily Euro-American literary and cultural viewpoint to a continuum with African literatures and languages.  Compelled by their power and their translation, he becomes deeply engaged with Eritrea, while also probing the process of translation itself, and ranging from Rome to race, dactylics to Kenya, and Conrad to the Congo.  Embracing the enigma of writing or speaking about African literatures and languages as someone neither born nor raised nor living in Africa and whose native language is not African but English, Cantalupo finds his Non-Native Speaker voice, unique in both African and Euro-American literary studies.

The title verse essay, “Non-Native Speaker,” compels the reader to juxtapose Aristotle’s depiction of the poet as one who “tells what might happen” and the etymology of the term “verse” as versus.  Covering a large swath of African space and its writers and poets – from Eritrea to the Congo to Kenya – Non-Native Speaker reflects the intellectual and experiential acumen of an author who has spent more than twenty-five years researching, reading, and writing about Africa and the role of literature in nation-building.
--Ali Jimale Ahmed, author of When Donkeys Give Birth to Calves: Totems, Wars, Horizons, Diasporas

Charles Cantalupo’s role as a translator, anthologist, essayist, and promoter of Eritrean literature is exemplary.  His writing about the writers and scholars he met and the remarkable experiences he had while seeking to come to terms with one of Africa’s multilingual national literatures and make it accessible to the wider world reveal how committed he is to complete a challenging project undertaken against all odds. He beats those odds by becoming a highly professional trader in languages.
--Bernth Lindfors, Professor Emeritus of English and African Literatures, University of Texas at Austin

Non-Native Speaker is a personal journey that illuminates one of the most critical debates in African literatures, that of African languages.  Working to promote their meaning, use, and translation, Africa’s new generation of visionaries has a lot to learn from pioneers like Charles Cantalupo.
--Moses Kilolo, Managing Editor, Jalada Africa

ABOUT THE AUTHOR
CHARLES CANTALUPO is the author of three books of poetry, three books of translations of Eritrean poetry, four books of literary criticism ranging from Thomas Hobbes to Ngũgĩ wa Thiong’o, and a memoir, Joining Africa. Co-author of the historic “Asmara Declaration on African Languages and Literatures” and Distinguished Professor of English, Comparative Literature, and African Studies at the Pennsylvania State University, Schuylkill Campus, he lives in Bethlehem, Pennsylvania.