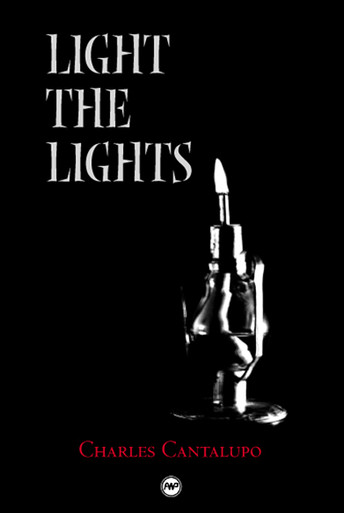 "Light the Lights" presents close-ups from a variety of points where three continents - America, Europe, and Africa - collide and join, yet all thirteen poems of "Light the Lights" connect with Africa. They are poetic re-enactments of evolutionary evidence that all human beings have origins in Africa. The poetry of "Light the Lights" is also a reversal of the cultural journey of St. Augustine, the 3rd century bishop of the African city of Hippo who traveled to Rome to become one of western civilization's most important and influential writers. Thus "Light the Lights" is a cultural journey beginning in the United States, returning to ancestral and intellectual roots in Europe, yet continuing to find them in Africa.

Not since Melvin B. Tolson's LIBRETTO FOR THE REPUBLIC OF LIBERIA has American language registered such a startling and revelatory encounter with the very idea of Africa. Charles Cantalupo's "crypt of writing" offers a space for the resurrection of the word, a hush harbor in which our drifting continents and peoples can find themselves in their origins, a place where all of us "puremongrels of invention and recall" can at last recollect ourselves.

What comes to mind is mind, mindfulness. Thought and thoughtfulness. Reality, realism, real. Cantalupo goes where no other US poet dares go -- and that's not simply Eritrea. His is the hard work of getting the idea right on the page, where it sweats and strains, engages a fierce sense of morality, and churns it all up with the power of urgency. In a word, Cantalupo is UNCOMPROMISING. When he lights the lights, you can see everything, including places you really didn't want to look at. Read this book, and see!

"Charles Cantalupo is a poet blessed with far too much on his mind - and he employs that imaginative excess to shocking advantage, revealing line by line in his overwhelming poetry a surreal portrait of Africa, affection and pain inextricably mingled within the molecular structure of his brain to recreate the continent he understands utterly."

ABOUT THE AUTHOR
Charles Cantalupo's books include poetry  "Anima/l Wo/man and Other Spirits"  poetry by Reesom Haile in translation, "We Have Our Voice" and "We Invented the Wheel," and "Who said Merhawi is dead?  Contemporary Eritrean Poetry in Tigrinya, Tigre and Arabic"  and literary criticism  "Ngugi wa Thiong'o: Texts and Contexts," "The World of Ngugi wa Thiong'o," and "A Literary Leviathan: Thomas Hobbes's Masterpiece of Language." Professor of English, Comparative Literature and African Studies at The Pennsylvania State University, he is a co-author of the historic "Asmara Declaration on African Languages and Literatures."