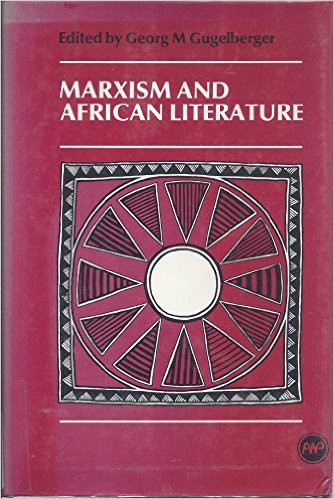 This collection brings together a significant number of radical essays on African literature, making good an omission in the growing field of African and Third World literary criticism.

The paradox of many an African writer, and even more so of many African critics, is the fact that they oppose Euro- and Americo-centred literary views but at the same time perpetuate precisely such views. Obviously, this must have traumatic implications. Most African critics have confused geography and ethnicity with ideology.

Ngugi sees the typical literary critic 'as a liberal referee, an interpreter, standing on the fence between the new men of power and the people'.

This book stakes out an 'alternative terrain' for the African situation. It expands Eagleton's idea while intergrating it into an already existing tradition (by no means the African tradition). Although none of the critics denies the reality of the factors of race and ethnicity, all insist on the necessity of class-based analysis.

The essays in this collection fall into three groups: those discussing the development of African literary criticism and literary sociology; radical readings of selected bourgeois and/or progressive literary texts; and those which already come to terms with the issues of Modernism and Realism., but at the same time analyze the increasing tendency to account for the interest in populist literature.