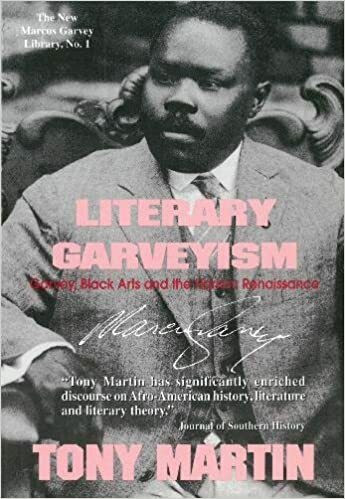 "Martin performs a valuable service....[Garvey's literary contribution] has been largely overlooked in studies such as Nathan Huggins's Harlem Renaissance, David Levering Lewis's When Harlem Was in Vogue, and Jervis Anderson's This Was Harlem." CHOICE

"In language that is elegant and richly anecdotal, Tony Martin has served notice that anyone who wishes to study the Harlem Renaissance or trace the development of the Black aesthetic must acknowledge the important influenc of the Garvey movement." Joanne Veal Gabbin, AFRO-AMERICANS IN NEW YORK LIFE AND HISTORY


"Successful in showing that the popularly rooted Garveyites displayed as much zeal for literature as did the now better-known NAACP and Urban League, Martin's book serves as a corrective work...." John M. Reilly, AMERICAN LITERARY SCHOLARSHIP, 1984

Professor Martin has authored, compiled or edited 14 books including Caribbean History: From Pre-Colonial Origins to the Present (2012) published by Pearson. Earlier works include Amy Ashwood Garvey: Pan-Africanist, Feminist and Mrs. Marcus Garvey No. 1, Or, A Tale of Two Amies, Literary Garveyism: Garvey, Black Arts and the Harlem Renaissance, and the classic study of the Garvey Movement, Race First: the Ideological and Organizational Struggles of Marcus Garvey and the Universal Negro Improvement Association (1976).
Martin qualified as a barrister-at-law at the Honorable Society of Gray's Inn in 1965, did a B.Sc. honours degree in economics at the University of Hull, and the M.A. and Ph.D. in history at Michigan State University.

His writings appear in such reference works as the UNESCO General History of the Caribbean; the Oxford Dictionary of National Biography and American National Biography. His awards include a grant from the American Philosophical Society. He has reviewed articles and programs for scholarly journals, the National Endowment for the Humanities, and the Austrian Science Fund. His biographical listings can be found in Who's Who in America; Who's Who in the World; Personalities Caribbean; Who's Who Among African Americans; and elsewhere. He has been a reviewer and consultant for publishers and has served as an expert witness for Congressional hearings.