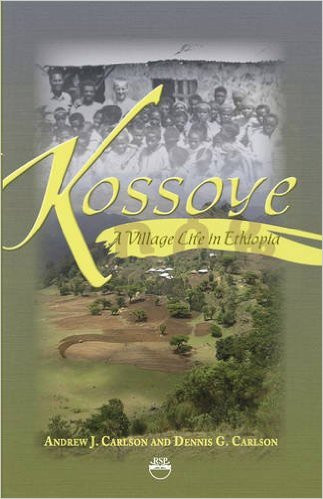 This fascinating and relevant interdisciplinary book is the result of personal histories of service and research that have now spanned nearly five decades. More specifically, it explores life in an Ethiopian village over the course of five generations. The first generation arrived in 1945 with the idea of establishing a town on the road built by the Italians. They also greeted Haile Sellasie in 1965 when he camped next to their village with his guest, Queen Elizabeth II. The second generation built the first elementary school and rectangular houses. The third and four generations experienced the trauma of war and a Marxist revolution. The fifth generation, born since the fall of Mengistu in 1991, lives in a growing town with businesses, electricity, a health post, access to public transportation, and an elementary school with 1300 students. Drawing upon health and population surveys, maps, and ethnographic analyses collected between 1963 and 2007, this book explores development initiatives in Kossoye since the 1960s. Over time, the authors discovered that goals and strategies in the village changed, and the results have been mixed. Access to education has had a profound influence, especially on the status of women. Rapid population growth has severely reduced land holdings and consequently, the food security of the fourth and fifth generations. The sixth and future generations will face challenges unlike any faced by their ancestors.

This is one of those rare books that traces the social and economic development and cultural transformation of an Ethiopian community over the past half-century. The authors have skillfully blended first-hand accounts of the lives of some of the social innovators with relevant insights into the major political, cultural, economic and demographic changes that have shaped the community as it exists today. This provides a good introduction for any reader interested in how development processes shape and reshape communities over time, particularly in the African context. --Henry Mosley, Professor Emeritus, Johns Hopkins Bloomberg School of Public Health A rich and humane history of an Ethiopian community's encounter with public health, revolution, and the political, cultural, and economic consequences of 'development.' Highly recommended.

Andrew J. Carlson is a professor at Capital University in Columbus, Ohio. His recent work in rural Ethiopia addresses themes of ethnicity and development that he also explored in an earlier book, Heritage and Homesteads: The History and Architecture of Granville County, North Carolina. Carlson has lived most of his life in the United States, but spent 9 years of his childhood in Ethiopia and continues to visit and teach there. Dennis G. Carlson currently serves as Senior Advisor for The Carter Center in the Ethiopia Public Health Training Initiative. Beginning in 1958 as a general medical practitioner, he has also worked as a public health college dean, relief administrator, and professor at Addis Ababa University. He is author of African Fever: A Study of British Science, Technology, and Politics in West Africa, 1787-1864.