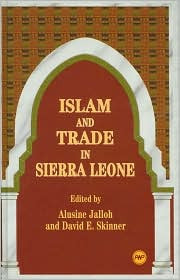 For more than two centuries Muslims have helped shape the religious, cultural, commercial, and political landscapes of the colony, protectorate, and independent nation-state of Sierra Leone. Today, Muslims constitute more than half of the four and a half a million residents of Sierra Leone, and they continue to be significant contributors in the affairs of the country. It was in recognition of the historical and contemporary importance of Muslims that the Sierra Leone Studies Association(USA) sponsored a conference entitled, "Islam, Culture, Commerce, and Politics in Sierra Leone" in 1994 at Howard University, Washington, D.C. to study their varied contributions to Sierra Leone society from the pre-independence period to the present. This edited collection of essays, by leading specialists, is the result of this conference. Although the religious and commercial activities of Muslims in Sierra Leone have been examined in several studies, there still does not exist a single, comprehensive text about their role in cultural, commercial, political and religious affairs from the pre-independence period to the 1990's. This volume, which includes new data and perspectives, is designed to advance scholarship toward that more comprehensive account of Muslims in Sierra Leone.

DAVID E. SKINNER is assistant professor of History at Santa Clara University, California. His Ph.D. in history and M.A. in Political Science are fromt he University of California, Berkeley. He is the author of many books with particular research in the development of 20th-century Islamic organizations in Ghana, Sierra Leone, and the Gambia. His current research focuses on the development of Muslim communities in northern California.