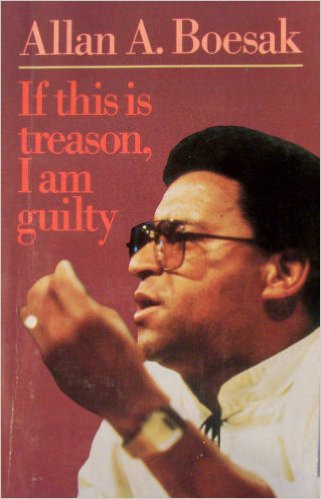 Allan Boesak has been in the forefront of the struggle against apartheid in South Africa and has been increasingly recognized as a political as well as religious leader. Less public but equally important has been his role as a leading theologian among the forces resisting apartheid.

This collection of addresses and sermons from 1979 to 1986 shows all aspects of Boesak's involvement in the anti-apartheid movement. It includes pieces that offer analysis of the church's role in political issues, as well as sermons and articles showing a deep biblical understanding of the issues at stake. Among the selections are several of Boesak's important recent public speeches.

All who are interested in the resistance to apartheid will find in this book the voice of a thoughtful, articulate, and eloquent leader.

Allan A. Boesak is a minister of the Dutch Reformed Mission Church in South Africa and is President of the World Alliance of Reformed Churches. He is the author of several book, including Walking on Thorns (Eerdmans, 1984).