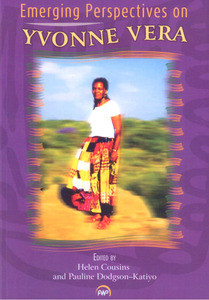 This collection of essays brings together new and exciting research on Yvonne Vera, one of Zimbabwe’s most influential writers. Vera’s landmark fiction explores subjects previously considered taboo such as incest, abortion, and infanticide. It also re-presents her country’s troubled past from the perspectives of ordinary people rather than official history-makers and politicians. The essays range widely across Vera's work including her five novels, her short fiction and her edited anthology of women’s writing.

Parts one and two of the volume focus on political and historical (re)imaginings, and trauma and violence. They discuss Vera's feminine rewriting of master narratives of the past, myth and political unrest, and Vera's use of a lyrical writing style to describe acts of violence. Part three considers the ways in which Vera engages with or subverts traditions, both African and western; part four explores the theme of crossing spaces in her work, concentrating on her representation of movement between rural, urban and other spaces. The final section comprises an interview and personal tributes, giving an insight into Yvonne Vera as friend and critic as well as creative writer.

Emerging Perspectives on Yvonne Vera will be of interest to scholars working in the fields of African literature and postcolonial women’s writing, and to students on literature courses who want to engage with writing from Africa that challenges received opinions and stereotypes.

PAULINE DODGSON-KATIYO is Head of Humanities at Sheffield Hallam University, UK. She was previously Head of English at Newman University College and Dean of the School of Arts and Letters at Anglia Ruskin University. She has published articles on Zimbabwean writing, African and Caribbean literature, contemporary British fiction, and postcolonial cinemas. She is co–editor (with Gina Wisker) of Rites of Passage in Postcolonial Women's Writing (2010) and (with Kimani Gecau and Emmanuel Ngara) of Coming Home: Poems of Africa (1989). Her current research is in trauma and healing in Southern African women’s writing.

HELEN COUSINS is Senior Lecturer in English literature at Newman University College, Birmingham, UK. Her publications include work on Yvonne Vera and other African writers in relation to gendered violences and feminist praxis, and on contemporary Black British fiction. Other recent research includes the study of popular postcolonial novels some of which is included in her edited volume (with Jenni Ramone) The Richard & Judy Book Club Reader (2011). She is currently working in research which explores carceral practices and African women’s literature.