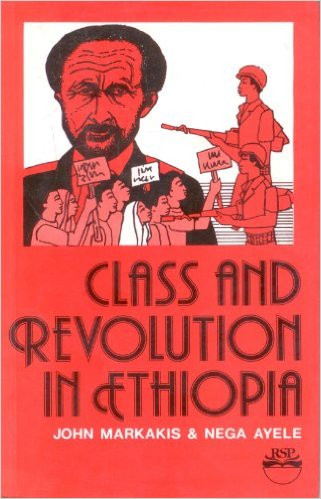 There has been very little historically rooted analytical writing on the Ethiopian Revolution. Class and Revolution in Ethiopia fills that void, and in spite of the fact that the first edition came out in 1978, it still stands as one of the best analytical accounts on the subject.

Ethiopia's complex political situation, which has for years characterized regional and national wars, is now faced with a paradox. Widespread famine has brought a glaring disorder to the country and provides a condition no less as politically critical and nebulous as the famine condition that led to the fall of the Haile Selassie regime in the early 1970s.

"the ongoing conflict has narrowed to a contest between the regime and the nationalist movements. The continuation and steady escalation of this bloody struggle into the tenth year after the revolution underlines a crucial feature of the incumbent regime. this is its determination to preserve, at all costs, both the domain and the highly centralized structure of the state it inherited from the ancient regime. The enormity of this task has dwarfed all other national concerns for a decade. Its cost has been enormous and continues to mount, while progress in other fields awaits its outcome which remains uncertain. Locked in the struggle, Ethiopia's rulers were unable to prevent the onset or to halt the growth of famine ten times worse than the disaster of 1972-1974. Thus the tenth anniversary of the revolution that had been proclaimed in their name found many thousands of Ethiopian peasants dying of starvation and millions of others facing the same fate. . ."
-John Markakis, From the new introduction.

NEGA AYELE was murdered in one of the purges of the left in Ethiopia in 1977.
JOHN MARKAKIS, a scholar who has written extensively on Ethiopia, completed the work they began together.