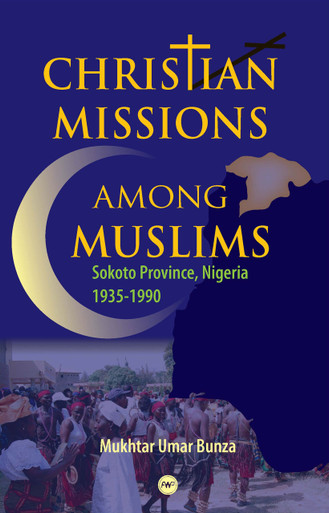 The book comprises of four chapters. The first chapter titled: The Emergence of Islamic State in Sokoto and its relations with non-Muslims attempts to study the spiritual position and significance of Sokoto to Muslims in West Africa, especially from 1804-1903. The consolidation, demography and political structure of the Sokoto caliphate as well as the rights and privileges of the non-Muslims living in the Caliphate are examined.

In the second chapter, The Christian Agenda and Its Strategies in Sokoto Province the reasons and motivating factors behind the Missions activities, showing methods and means toward achieving their goals has been presented. It shows the centrality of the use of education, healthcare services and charity in winning converts to Christianity. It is argued however, that in spite of the efforts of the missions, Christianity did not pose any serious threat to Islam in the region.

The last Chapter The Islamic Challenges and Missionary Response in Sokoto Province 1960-1990 examines the historic relationship between Islam and Christianity and the changing pattern of relationship between the two religions in modern times. It shows reaction of the Sultan and Muslim emirs to the missions in the province. The relationship, which was identified to be cordial, was later influenced negatively by some post independence problems and political and economic rivalry in the country between the followers of the two religions. The chapter concludes with suggestions for restoring the cordial and peaceful relationship between Muslims and Christians in Nigeria generally.

ABOUT THE AUTHOR
Mukhtar Umar Bunza obtained his PhD from Usmanu Danfodiyo University, Sokoto, Nigeria and is currently a senior lecturer in the Department of History of the University. He has been widely published both in national and international scholarly journals focusing on his particular areas of interest including the history of Religions and the Middle East. He was a Fellow of the Leventis Research and Cooperation Program, Center of African Studies, University of London and an ISITA Fellow, Northwestern University, Evanston, USA in 2001 and 2002 respectively.